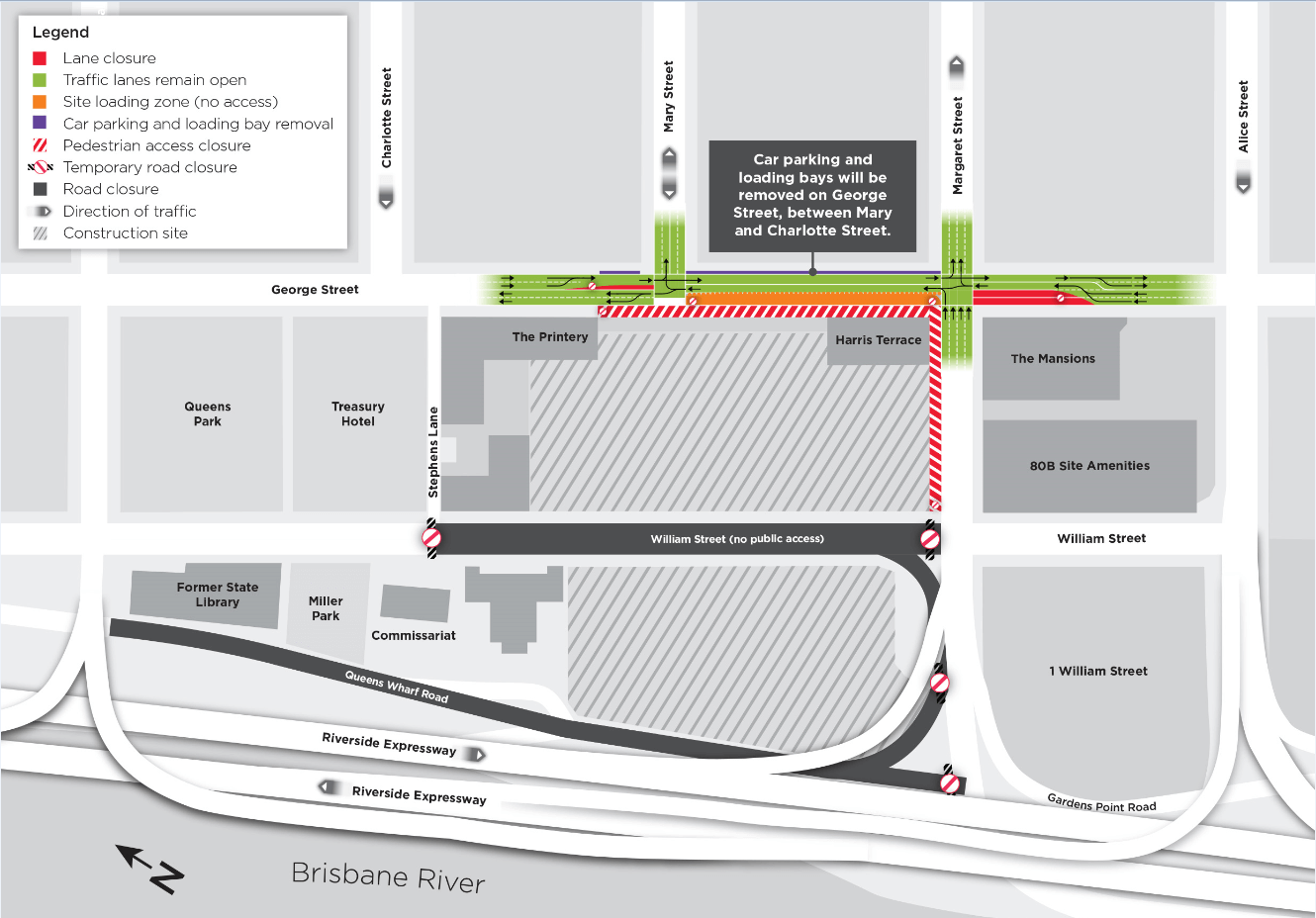 The section of George Street, in front of the Queen’s Wharf site, will be reduced to one lane in each direction for the duration of construction. Starting Wednesday 8 January 2019, night works are required to make these traffic changes.

On Wednesday 8 January and Thursday 9 January 2019 between 6.30pm and 6.30am, night works and temporary detours will be required on George Street to realign traffic lanes to create a safe loading zone for the tower crane lifts.

On George Street, between Charlotte Street and Alice Street. Night works will be undertaken to reduce traffic lanes from four to two lanes between Mary and Margaret Streets (one in each direction).

For the night works, traffic lanes will be reduced to two lanes between Charlotte Street and Margaret Street on George Street. The changes will result in one lane of traffic travelling in both directions on George Street (map attached).

These works will include line marking, installing concrete barriers and re-programming traffic signals at both the Margaret Street and Mary Street intersections on George Street.

Night works will include:

Loading bays and car parking spaces on George Street, between Charlotte and Margaret Street will be removed for the traffic lane re-alignment.

Pedestrian access on George Street adjacent to the loading zone in front of Harris Terrace will be restricted while construction is underway.

Please use the footpath along George Street (north) during construction.

We apologise for any inconvenience caused and appreciate your ongoing patience.