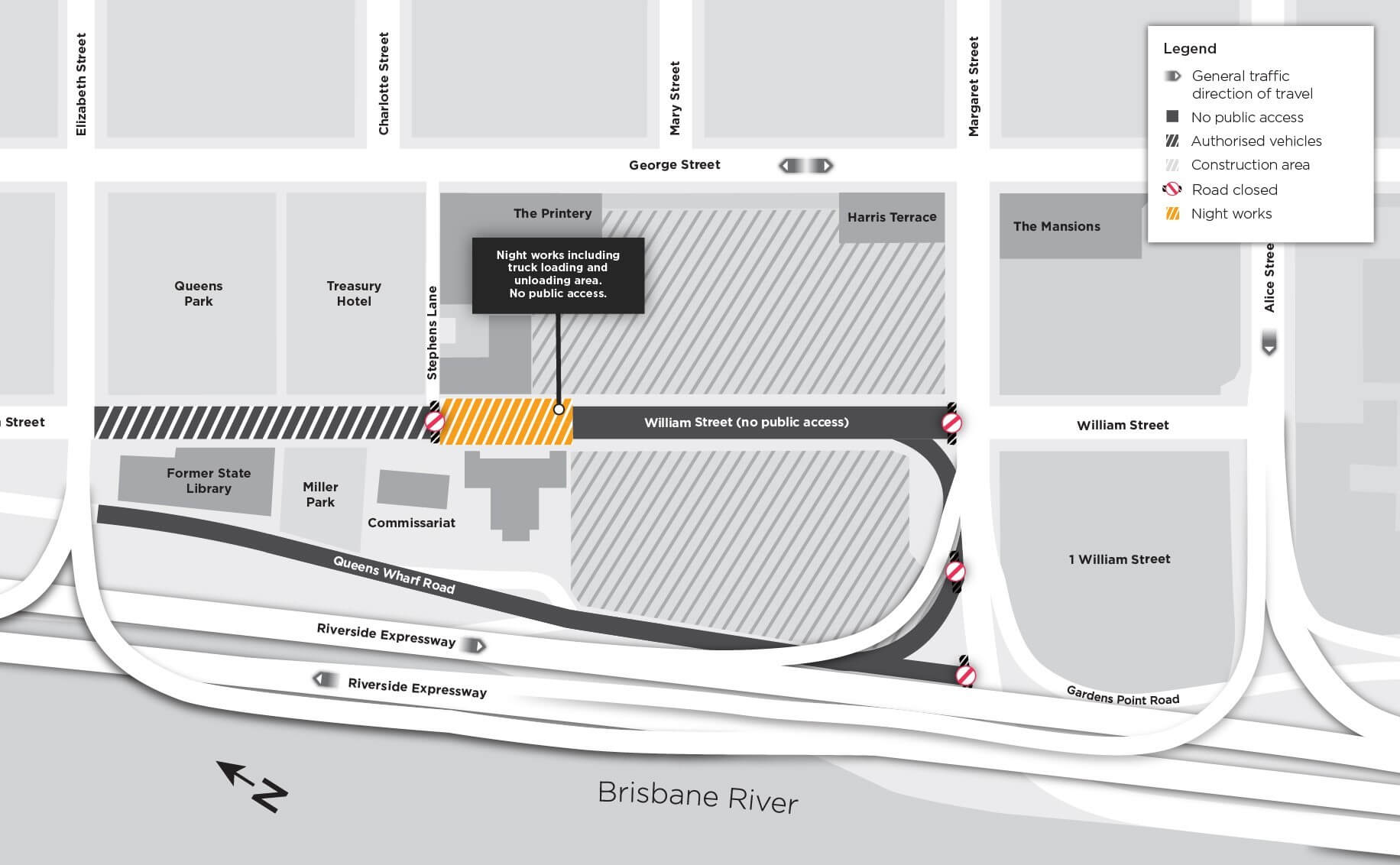 Multiplex is completing final heavy machinery removal and gravel load-in on Queen’s Wharf for three nights only during November.

For three nights only and expected to occur Thursday 14 November and again Tuesday 26 November and Wednesday 27 November 2019, between 6.30pm and 6.30am, night works will be required to remove heavy machinery and to the complete final gravel load-in. Scheduled nights may change dependent upon weather and other site conditions.

Night works on-site and along William Street will include the following:

Some noise is expected, however should only be noticeable prior to 10pm. From 10pm onwards noisy activities will be minimised.