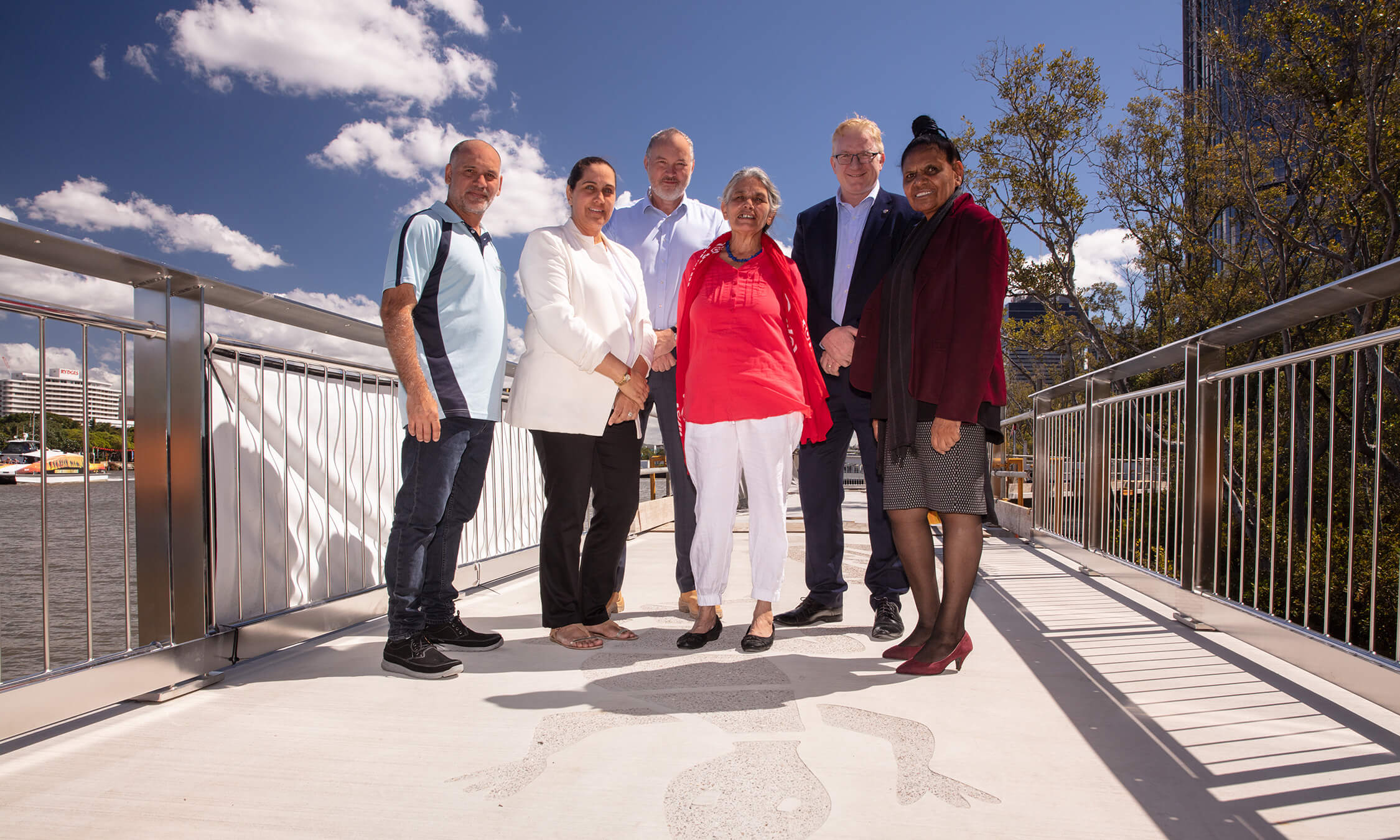 Queen’s Wharf Brisbane is a site of cultural significance for the local Indigenous communities.

To ensure the protection of Queen’s Wharf Brisbane’s Indigenous heritage, Destination Brisbane Consortium is committed to working on vital cultural aspects of the development with the Turrbal and Jagera people as well as the wider Indigenous community.

Our consortium developed a cultural heritage management plan that detailed the process for identifying, informing and handling items of cultural significance.

Nothing of Indigenous cultural significance has been identified as part of our works, however, some artefacts of European heritage have been discovered. A selection of these items are on display at the Queen’s Wharf Brisbane Visitor Centre located on the corner of George and Alice Streets. 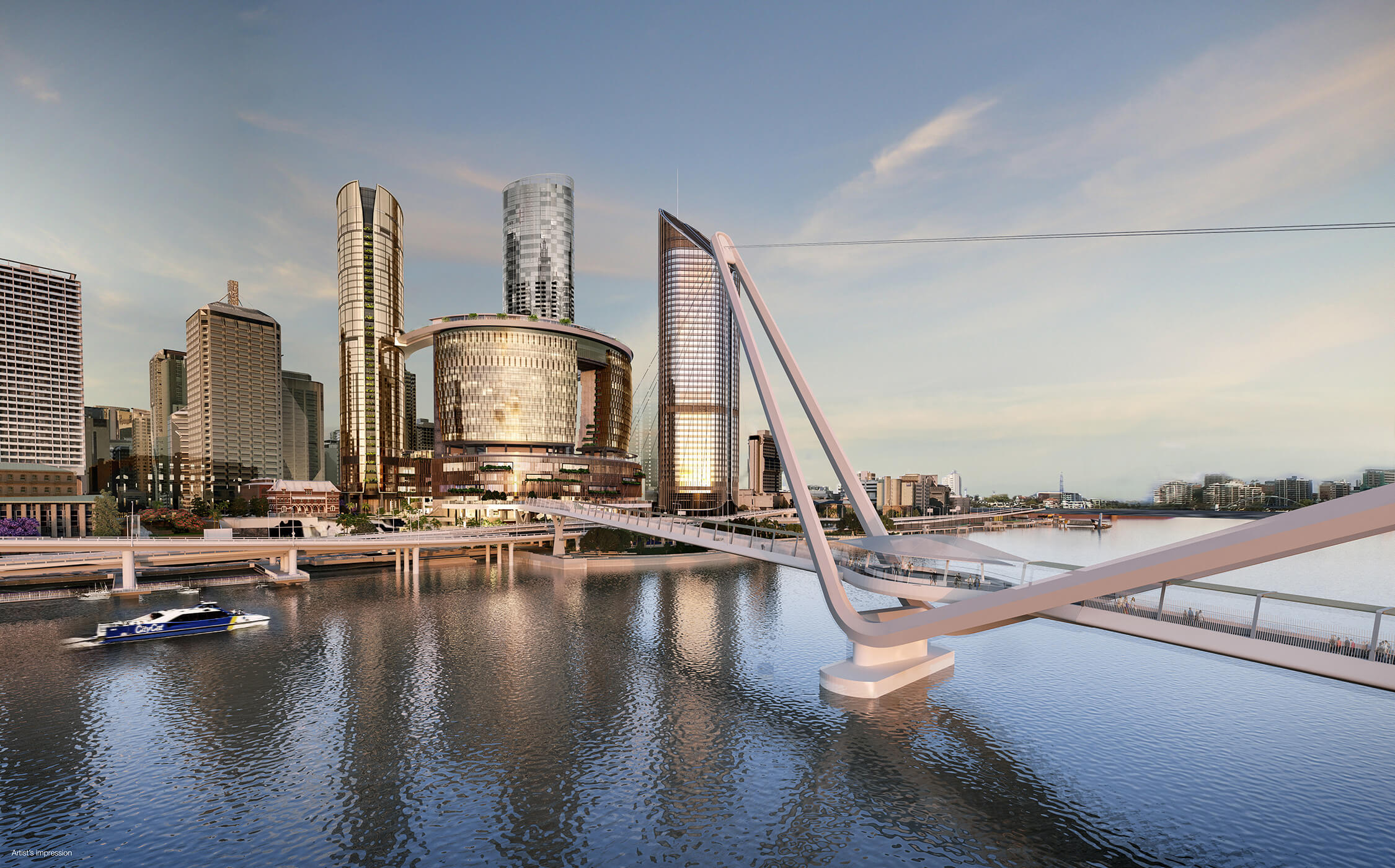 The Neville Bonner Bridge will link both sides of the Brisbane River and connect directly to South Bank and Brisbane’s cultural precinct.

Senator Neville Bonner AO – the first Indigenous Australian to become a member of the Parliament of Australia – has been honoured with the precinct’s new pedestrian bridge to be named after him.

Born in 1922, Senator Neville Bonner AO was a great Indigenous leader and a strong advocate for Indigenous rights until his death in 1999.

Prior to construction of Queen’s Wharf Brisbane, Destination Brisbane Consortium demolished three non-heritage buildings. One of these buildings was the Neville Bonner Building. Prior to its demolition, in August 2016, The Department of Aboriginal and Torres Strait Islander Partnerships hosted a cultural closure event, where it was announced that the new pedestrian bridge at Queen’s Wharf would be named ‘The Neville Bonner Bridge’ to continue his legacy.

Our consortium was pleased to see Senator Bonner’s sole surviving son Alfred ‘Tiny’ Bonner, other Bonner family members and representatives of the Indigenous community attend the event. Sadly, we have since been advised of Tiny’s passing.

Previous Indigenous artwork and artefacts from the Neville Bonner Building have been relocated including: