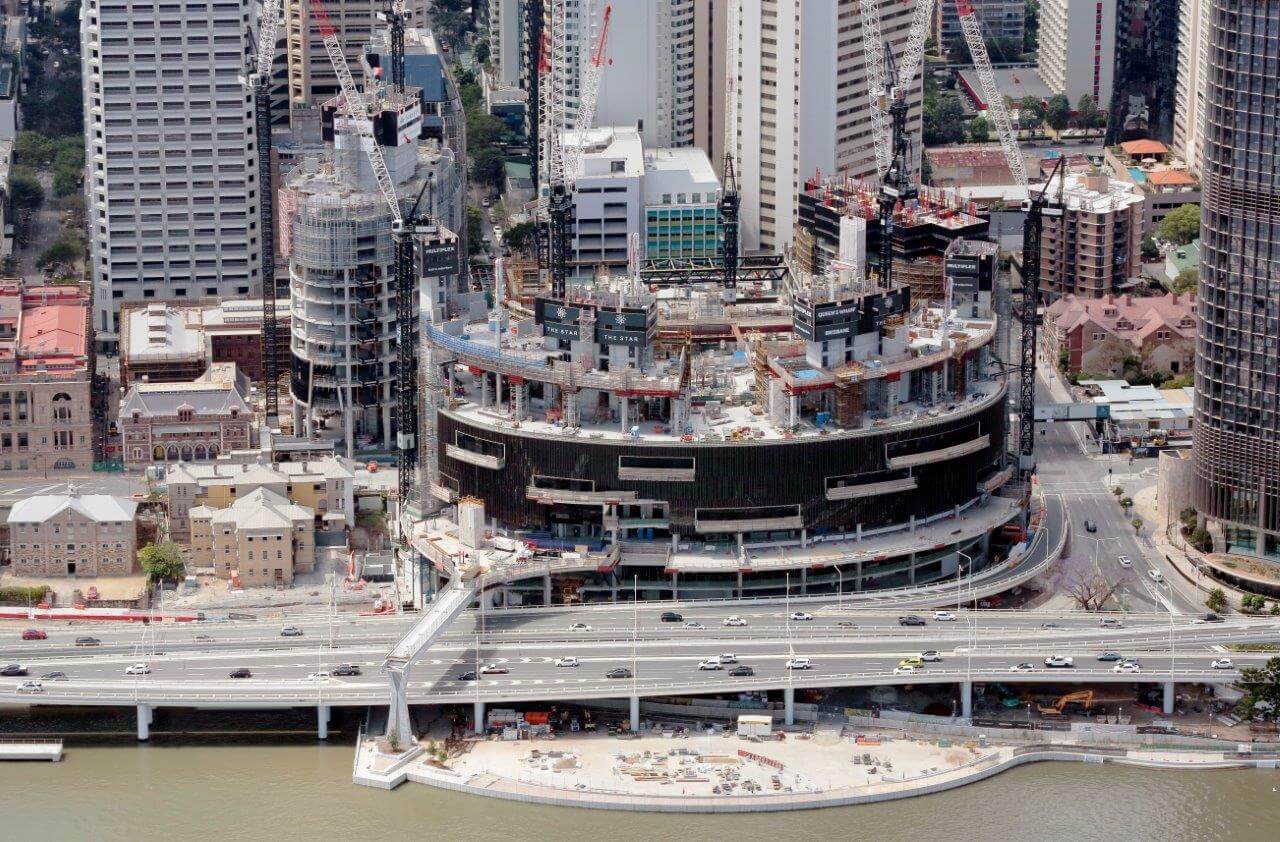 The four towers that make up Queen’s Wharf Brisbane integrated resort are coming to life along the Brisbane River thanks to the workforce of nearly 1,000.

The Queen’s Wharf podium levels are now rounding off with the façade almost complete on the riverside.

Above the glistening podium façade, construction of The Star Grand hotel has begun, which will be home to 340 luxury 5-star hotel rooms showcasing stunning city and river views.

The Dorsett and Rosewood hotel tower is continuing to take shape sitting 14 levels above the ground and creating a new silhouette behind the former Printery building when looking from George Street.

The first level of Queen’s Wharf Residences apartments is now under construction, starting at level eight and will top out at 66 levels once completed in 2023.

“Along with the four towers which are taking shape, installation of The Ballroom ceiling trusses has also begun,” he said.

“The Ballroom has impressive ceiling spans that are up to 34 metres long column to column.

“These large structural elements can be seen from George Street and really showcase the scale of this new entertainment precinct,” he said.

In the centre of the four towers, a recreation area on level seven will host an impressive mixed-use space with amenities for hotel guests and the public.

Direct access from level seven will be available to the Sky Deck, Queen’s Wharf Residences, the Dorsett, Rosewood and The Grand Star hotels.

Green spaces covering an equivalent of two football fields of public space are also being transformed within the development precinct atop the podium.