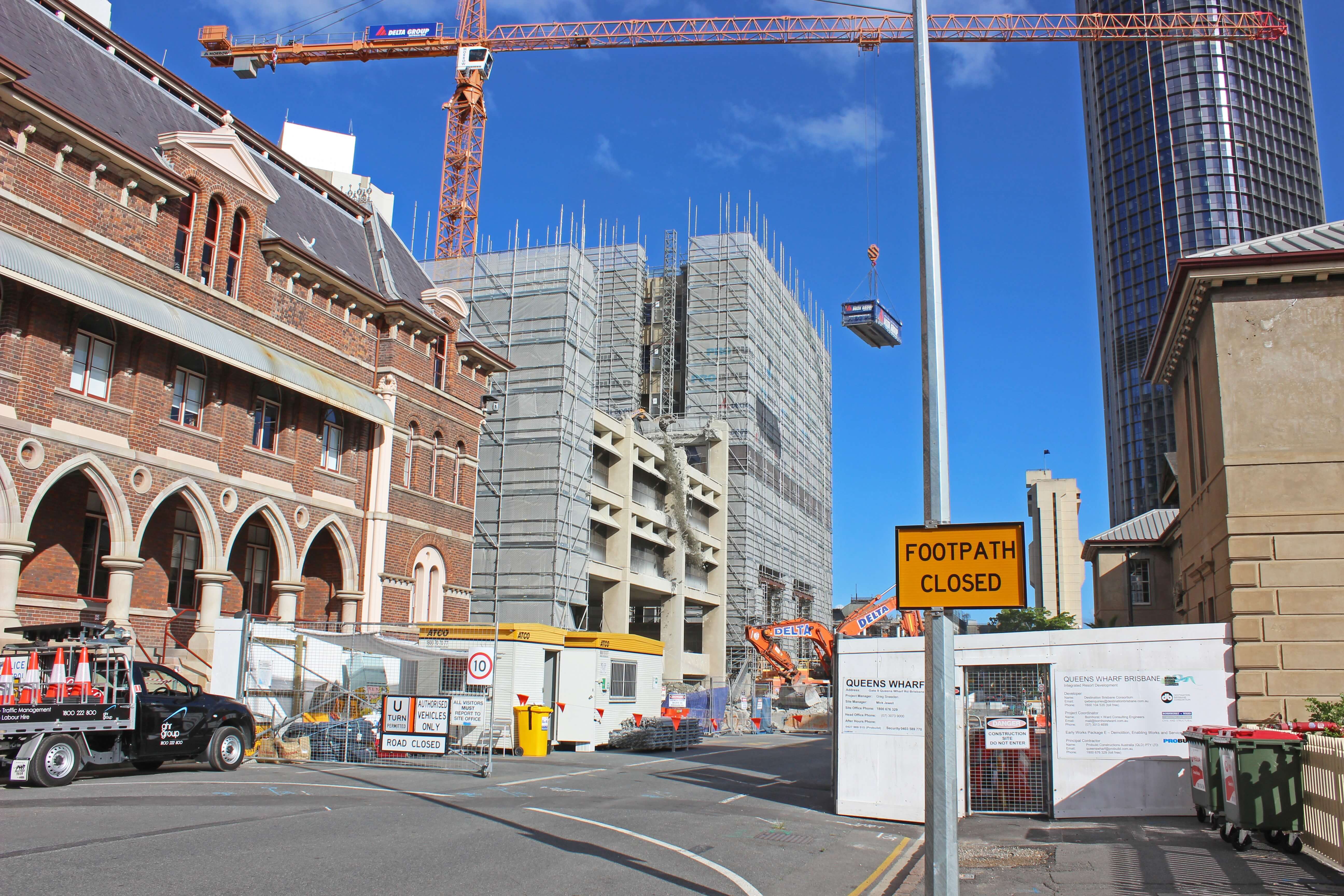 The month of November has shown noticeable changes in the city landscape as the former Neville Bonner building was levelled.

Demolition of the Executive Building and Annexe is progressing well with the separation of the heritage-listed Printery Office and Annexe now all but complete.

This month we filmed the separation of the Printery from the Annexe and this can be seen on our facebook page www.facebook.com/QueensWharfBrisbane.

According to Urbis’ Heritage Specialist Stewart Armstrong, the months of planning have paid off.

“The removal of the Skywalk and protection of the Printery has been a priority for the project team from the outset,” Stewart said. “We had been planning the day for months so it was a big relief that it all went to plan.

“The wall of the Printery was not damaged and in its original condition, missing bricks and all,” Stewart continued. “We also checked our vibration monitors and the works did not exceed the recommended vibration levels.”

All in all, this was a great success.

Demolition of the Executive Building is now down to level 3 and it won’t be too much longer until it is down at ground level.

With Christmas less than a month away the Probuild team is keen to finish as much of the demolition work as they can before they take leave on Friday 22 December. This means the site will be closed over Christmas for two weeks, however site security will remain at all times.

To help mitigate against dust during the Christmas shut down period, Probuild will be applying a dust suppression and sediment control application that is green in colour to the at-risk areas of the demolition site.  Work will resume on site again in the new year.

For those of you paying close attention to the site, you might have noticed some new hoarding going up around the block of Margaret Street to Alice Street and George to William streets. In the coming weeks this  hoarding will be finished with vinyl images containing DBC and The Star employees and volunteers like those seen along the other sections of site.

Destination Brisbane Consortium’s project team will be coming to the community in December with a pop-up stall planned for the Queen Street Mall between 11 and 13 December.

If you are in the mall during these days – have a look for us near the main stage, we’d love to hear from you or answer any questions you might have.

Approval of our Plan of Development (masterplan for the project) is still with Economic Development Queensland with an outcome expected mid-December.