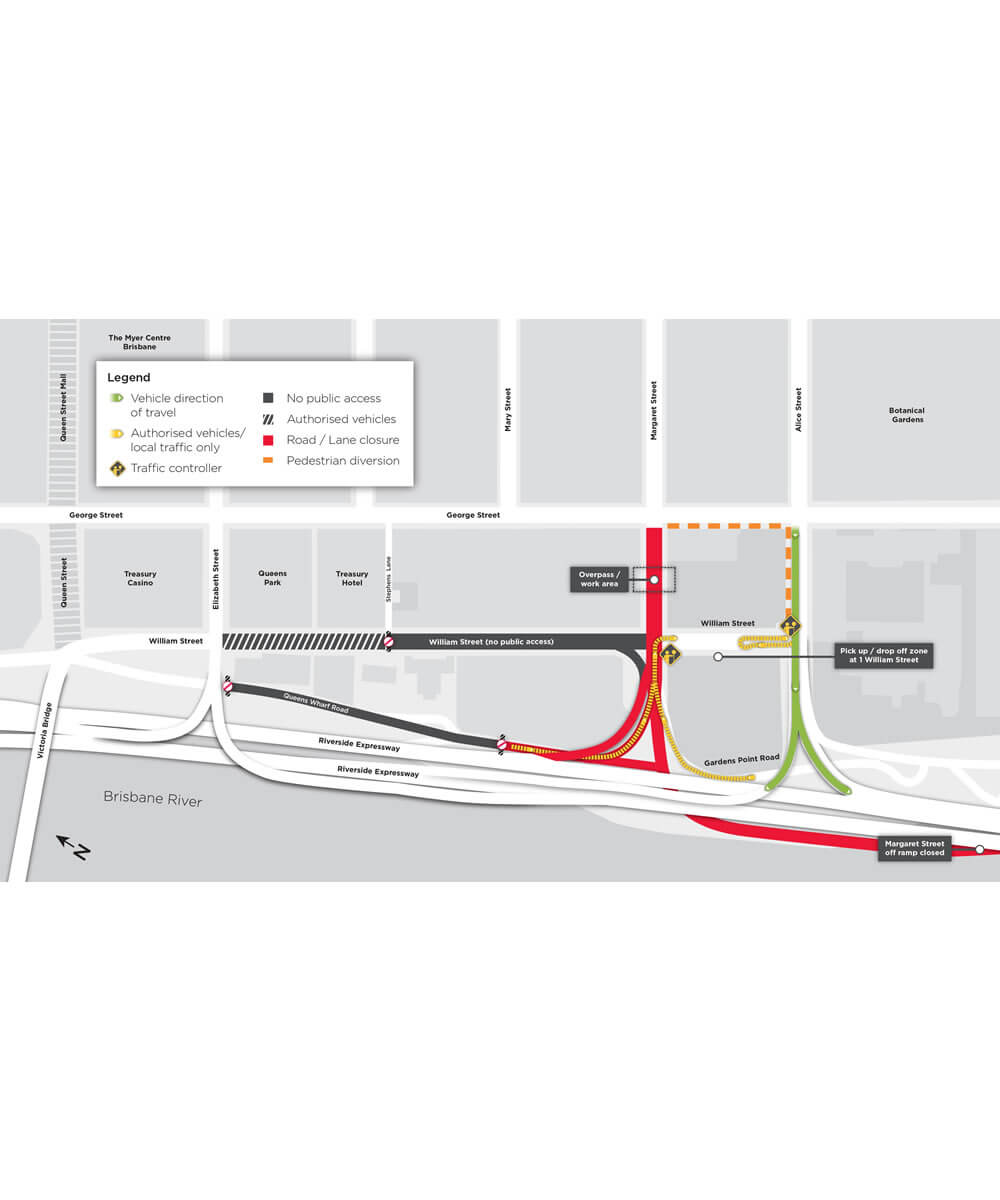 Removal of the Margaret Street overpass, the building above the road which connects 80A and 80B George Street, has been a point of interest among most people familiar with the Queen’s Wharf Brisbane development.

Destination Brisbane Consortium Project Director Simon Crooks said safety continues to be the main focus through the demolition process, for both the general public and project workers.

“The external scaffolding incorporates a catch deck under the entire footprint of the overpass, to control the risk of falling objects during demolition,” he said.

“A gantry walkway will also be installed almost the full length of the Margaret Street footpath, between George and William Streets, to provide safe public pedestrian access while work is happening overhead.”

Mr Crooks said to remove the structure, work would be undertaken in a two-phased approach.

“In the first phase the safety measures and preparations will be complete, then in the second phase the actual demolition will occur, “he said.

Phase one will see scaffolding erected over the Easter long weekend from 7pm Thursday 13 April to 4am Tuesday 18 April. This weekend has been selected to minimise inconvenience to city commuters.

Phase two will see the gradual demolition of the overpass structure over approximately five separate weekends proposed to begin in July 2017. Work would occur from Friday evening to very early Monday morning when CBD traffic is low, however this schedule is pending approval and may yet change.

To safely undertake this work, the Margaret Street exit and entry ramps from the Riverside Expressway will be closed, both north and south.

Variable message boards on the Riverside Expressway and along major arterial roads leading into the city will display messages advising the Margaret Street off ramp is closed and to instead take Elizabeth or Turbot Street off ramps, while the work is occurring.

For people travelling to or from 1 William Street or QUT, access will remain via Alice Street and Gardens Point Road. Traffic control will be in place to assist with directing vehicles and safely managing movements.