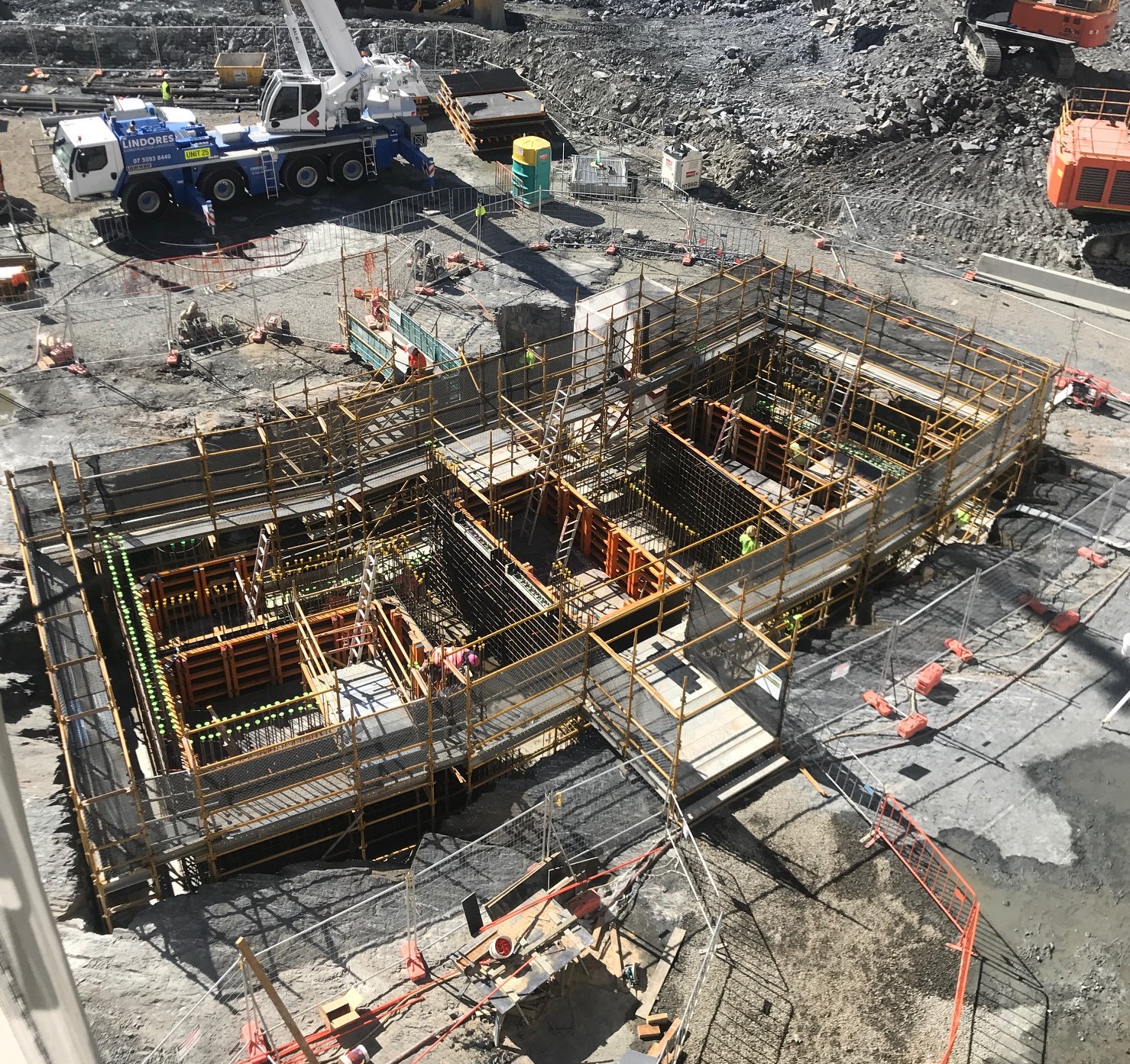 After 15 months of excavation, the build has now begun with the first concrete pour for the lift core of Tower 3, one of the four main towers in the Queen’s Wharf Brisbane integrated resort development.

Destination Brisbane Consortium Project Director Simon Crooks said the first footing pour was a significant occasion for the project as it was the start of construction coming back up out of the ground.

“For months we have been excavating, and now we have reached a point where we can start to go up. In another year you will see a lot more coming up out of the ground, but this is where it all starts,” he said.

“This concrete pad is the lift core footing for The Star Grand Hotel, which means our first hotel is already under construction.”

More than 58 trucks carrying a total of 400m3 of concrete made their way in and out of the site over an eight-hour period to pour the Tower 3 footings.

When complete, Tower 3 will be 27 levels high with seven lifts. The much-anticipated Sky Deck will connect from Tower 1 to Tower 4 and sit on top of Towers 2 and 3 at a height of 100 metres above William Street.

Destination Brisbane Consortium has announced Multiplex as the preferred tenderer for the main works with the contract expected to be finalised in June.

By August this year our main contractor for the integrated resort development shell and core, will be on site and starting the build.

“Over the next 12 months the site is going to change dramatically,” Mr Crooks said.