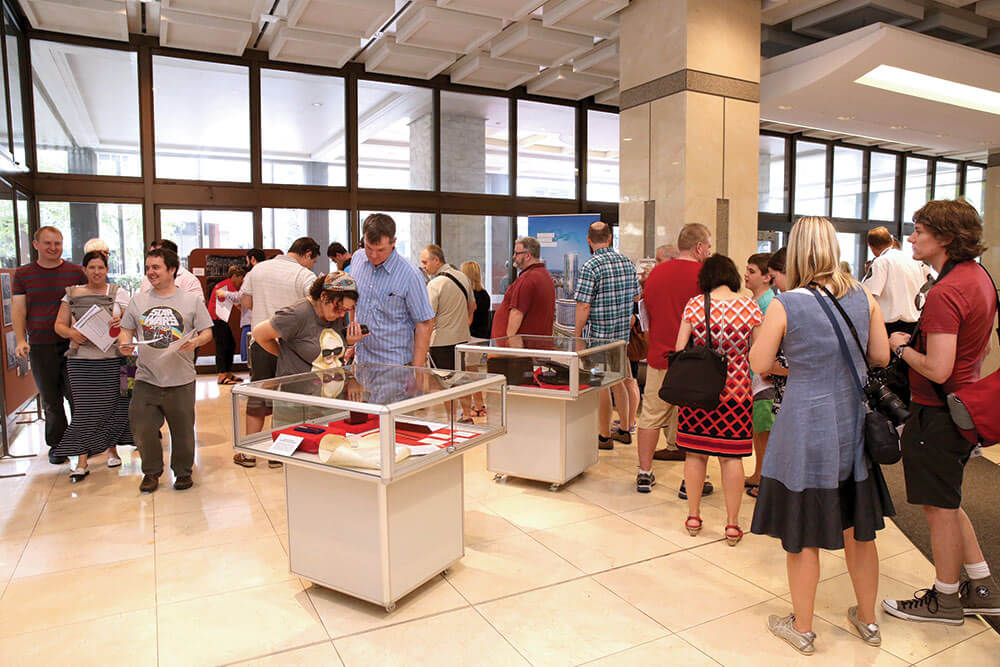 On Saturday 10 December 2016, thousands of members of the public viewed the exclusive Cabinet Room, Premiers Office and Media Room at the Executive Building, 100 George Street, for the last time.

As part of enabling works the Executive Building will be demolished and when Queen’s Wharf Brisbane is completed, the building will become the main entry to the Integrated Resort Development, from George Street.

The fully booked event attracted a diverse range of participants with varying interests in the building. Also on display on the day were items of significance such as Executive Council bags, Commissions of Appointment for 10 Premiers, a Proclamation of Accession by Her Majesty Queen Elizabeth II and visitors on the day received their own hand seal of the Colony of Queensland.

A number of photographs were also on display including the construction of the Executive Building, photographs of the nine Premiers who worked in the building and various significant events that occurred over the past 45 years.

The Executive Building Farewell successfully ran like clockwork and we’re pleased that the public were able to view 100 George Street prior to its demolition in 2017.