Demolition of the Neville Bonner Building 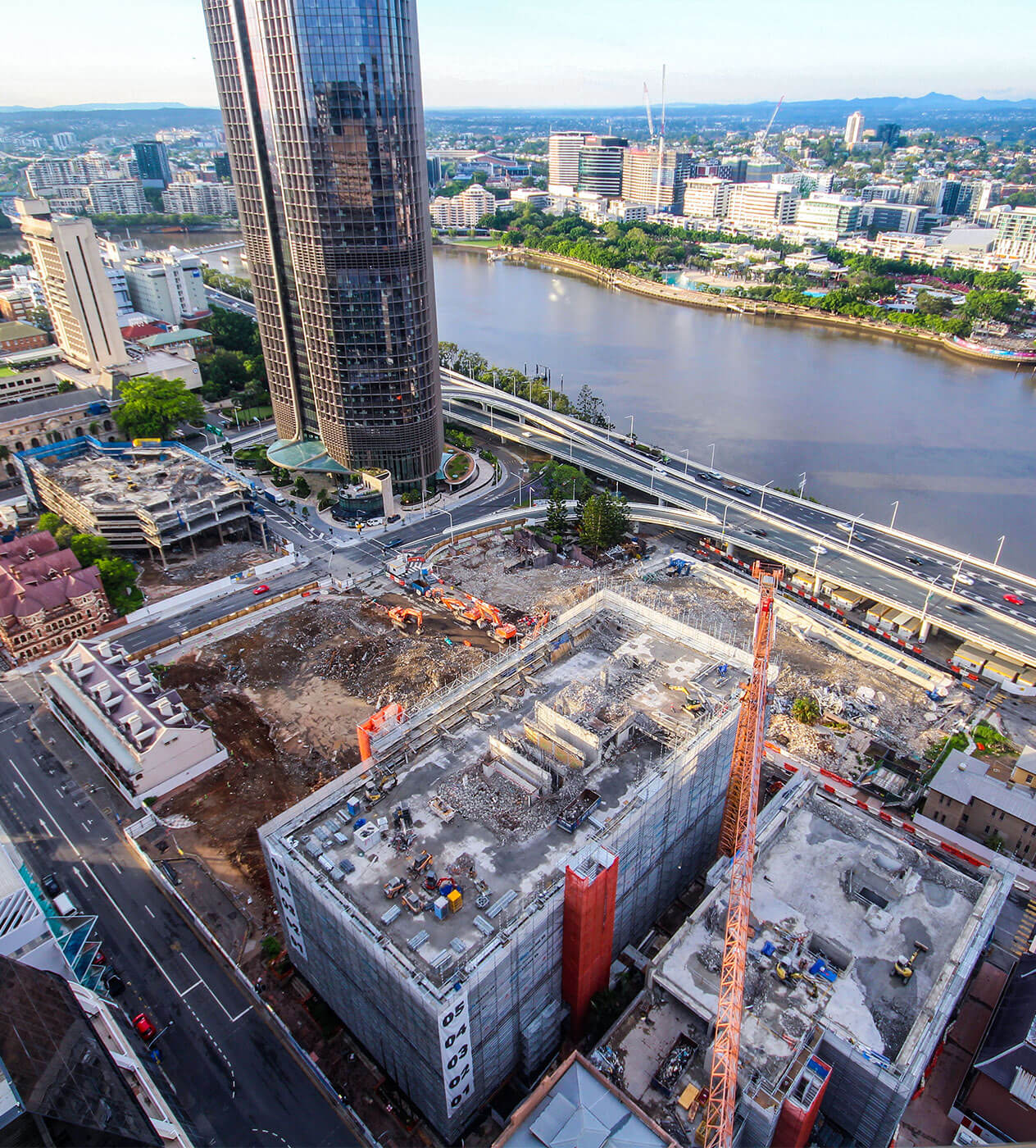 On Saturday, 4 November, the last wall of the Neville Bonner Building was demolished, giving way to an uninterrupted view from the Riverside Expressway through to George Street.

“When the integrated resort development opens, expected in 2022, this will be the location of towers two and three which will house The Star Entertainment Group-branded hotels, positioned at the front of the arc-shaped building with a publicly accessible sky deck on top that can cater for up to 1,500 people at a time,” he said.

The only section of the Neville Bonner building that remains is the basement in Block A, which has been retained to provide structural support to William Street. It is envisaged the demolition of the basement will take place in early 2018.

Before work could begin on the demolition of the Neville Bonner Building, a number of pieces of art were relocated. A state government curator worked with all artists, or their representative, on each relocation. Specifically:

Demolition of the non-heritage buildings on the future Queen’s Wharf Brisbane development site is progressing well with more than 75 percent of work complete.

The demolition of 80B George Street is expected to be complete by the end of the year, followed by the Executive Building and Annexe.