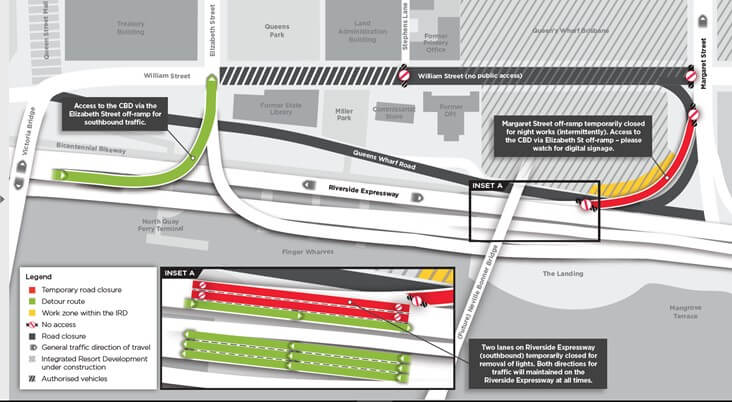 On intermittent nights until 29 January 2021 access to the CBD will be via Elizabeth St for southbound traffic on the Riverside Expressway. Daytime traffic is not affected.

The works within the Queen’s Wharf site require the Margaret Street off-ramp and two southbound lanes on the Riverside Expressway to be closed while construction close to the site boundary is underway.  See attached map.

Margaret Street off-ramp will be closed to through traffic for the duration of the night works. Detour signage including visible digital message signs will direct motorists use the Elizabeth Street for access to the CBD.  Through traffic using the Riverside Expressway will not be affected.