The Star Grand fit out to commence from late-2021 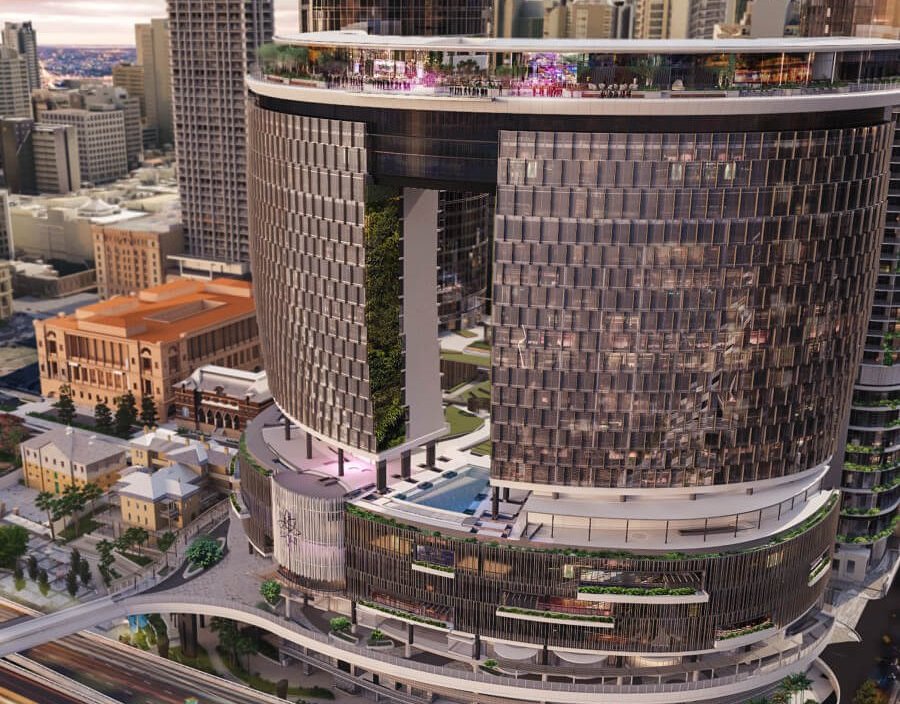 As Queen’s Wharf Brisbane continues to rise into the city’s skyline, construction contractor Multiplex is preparing to install the external façade that will secure the towers and allow the stunning internal fit out to commence.

Late last year, Multiplex was awarded the fit-out contract for towers two and three, which are the two arc-shaped buildings facing the Brisbane River that will house The Star Grand, a luxury five-star hotel.

The Star Grand will be The Star Entertainment Group’s third hotel of this name, with the others already known and operating at The Star Sydney and at The Star Gold Coast respectively.

Expected to open in late 2022, The Star Grand at Queen’s Wharf Brisbane will offer 340 five-star rooms in a variety of configurations to satisfy all guest requirements and provide the perfect place to relax in premium style and comfort.

Destination Brisbane Consortium Project Manager Jonathan Tonuri said he expected to see fit-out trades on site towards the end of the year.

“We will start to see the finishing works inside once the structure has moved up past level eight and when the façade work has also been completed,” Mr Tonuri said.

“The hotel will feature spectacular amenities including a resort pool for guests on the recreation deck on level seven, which will have stunning views out toward South Bank and back towards the Story Bridge.”

The Star Grand guests will also be able to access the Sky Deck from level four of the podium where they will be able to take a lift to 100 metres above William Street to enjoy a refreshing drink or a bite to eat in one of Brisbane’s premier locations.

For more information about The Star Grand in Sydney or on the Gold Coast visit www.star.com.au.