The riverfront is transforming 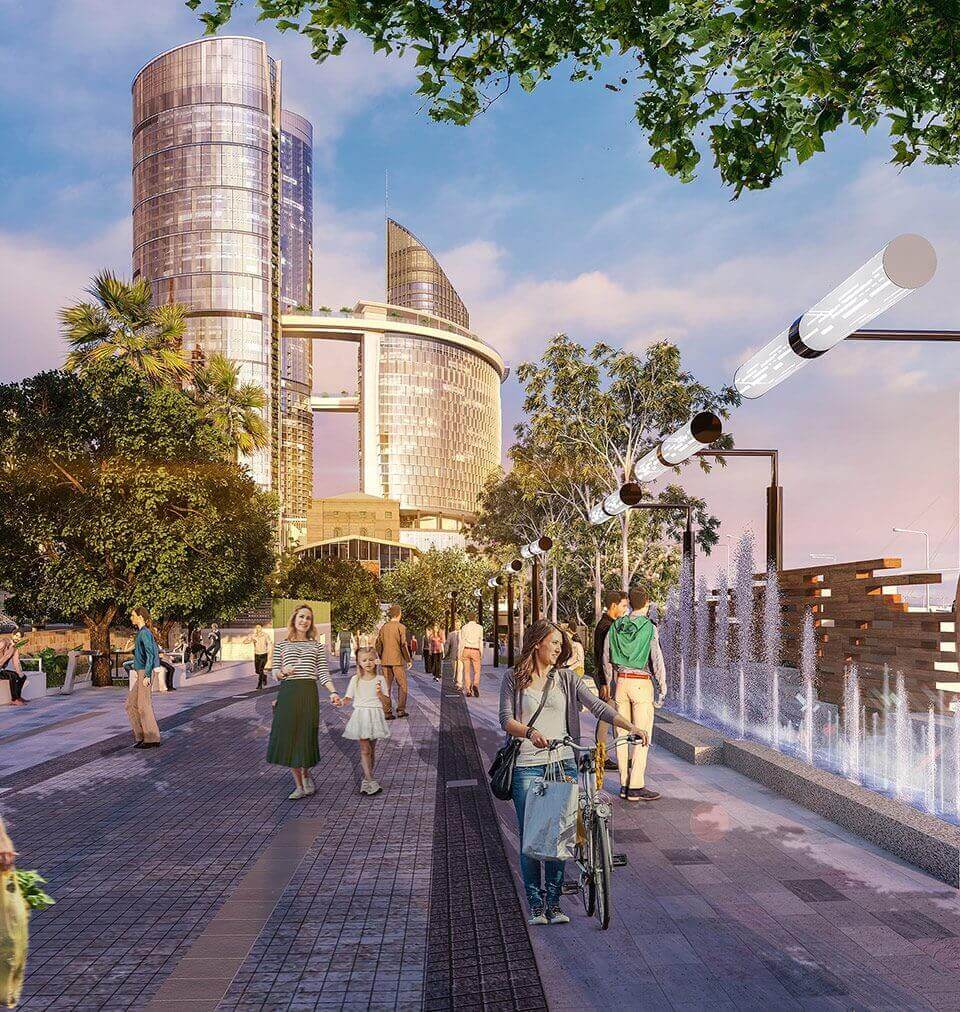 As part of future upgrades of Queen’s Wharf Brisbane, the Bicentennial Bikeway, Miller Park and Queens Wharf Road will be rejuvenated and transformed into exciting new spaces for everyone to enjoy.

“Following completion of the first stage of works, we switched the pedestrians and cyclists onto the opposite side of the bikeway earlier this month,” he said.

“So far, most of the work has been in upgrading underground services, so it’s exciting to see more improvements above ground commencing.”

Also, this month piling for the Velo Café, adjacent to the Bicentennial Bikeway and near North Quay, began and is expected to be a welcome addition for cyclists when complete from late-2022.

Queens Wharf Road, which is currently used for deliveries and construction vehicles, has also been under construction with underground services relocated and new pavements about to be laid on each side of the road.

Ongoing public space upgrades will also extend up the ridgeline, across Queens Wharf Road and eventually into Miller Park and the area under the Riverside Expressway.

While construction is underway, cyclists and pedestrians may notice increased construction noise and changed conditions when travelling between Waterline Park and the North Quay Ferry Terminal, we ask everyone to slow down and take care while moving through this area.

Destination Brisbane Consortium and Multiplex wish to thank the community for their ongoing patience while these city enhancing upgrades are underway.

The upgraded bikeway and surrounding public realm will open as part of the $3.6 billion Queen’s Wharf Brisbane from late-2022.

To learn more about Queen’s Wharf Brisbane, visit or our Facebook page www.facebook.com/queenswharfbrisbane/.