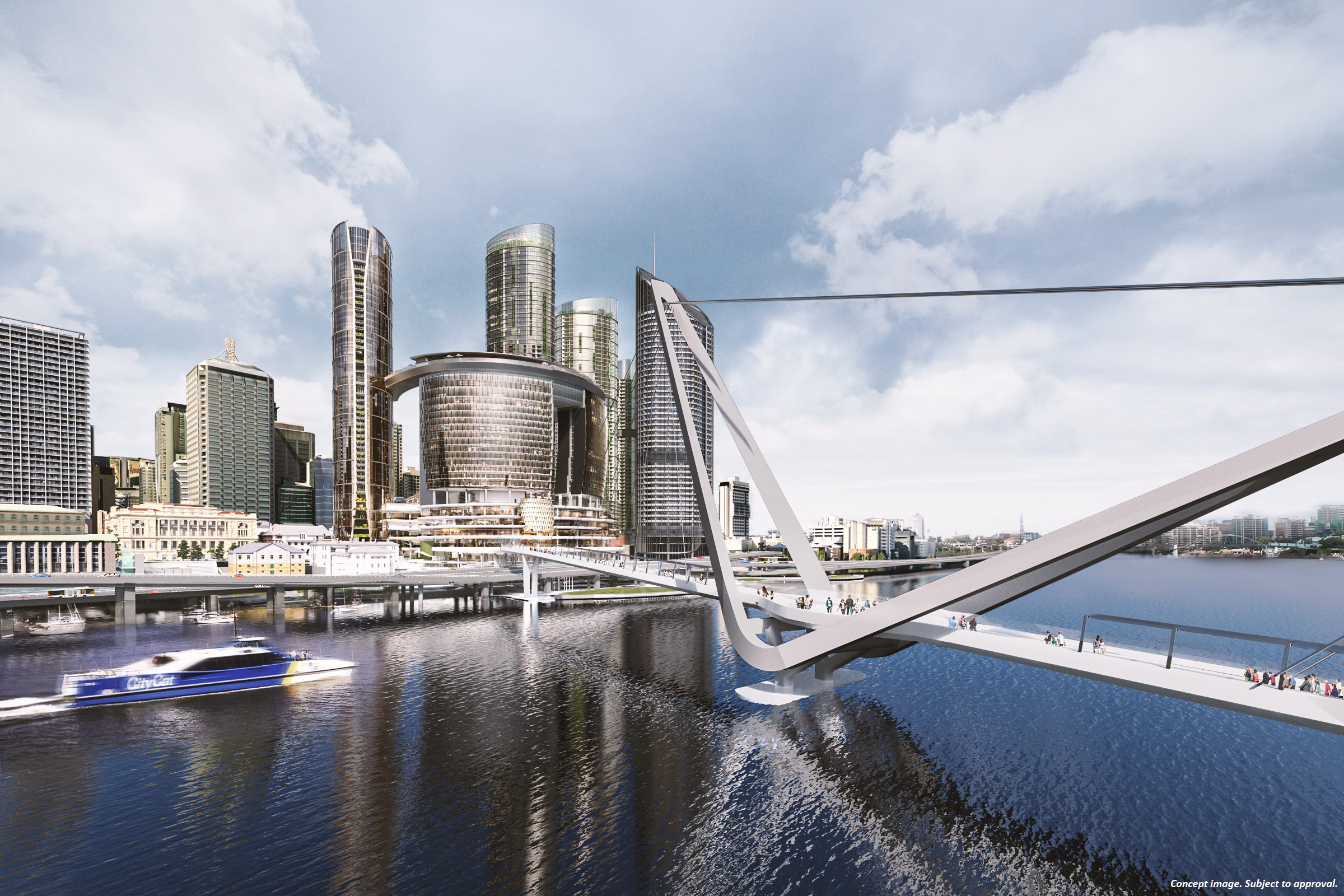 With up to 9,000 people expected to walk across it each day, piling works for Queen’s Wharf Brisbane’s Neville Bonner Bridge have begun for what will be the city’s first bridge in more than 10 years.

Expected to open in late 2022 with the integrated resort, the pedestrian-only 320 metre Neville Bonner Bridge will create a safe and convenient crossing for locals and visitors to travel from the South Bank Cultural Forecourt to the restaurant and retail level of Queen’s Wharf Brisbane.

Destination Brisbane Consortium Project Director Simon Crooks said the piling work will occur on the South Bank side first and then move into the river.

“Our contractor – Fitzgerald Constructions Australia – and our team have been meeting with key stakeholders and near neighbours to ensure they’re aware of our construction program and to help plan for and/or reduce any noise impacts to their operations,” Mr Crooks said.

“For these first major bridge works at South Bank, we’ll be driving 11 piles down to around 30 metres into the rock below to support the bridge and its cable-stay design.

“From there, activity will move into the river where we will drive another 12 piles 35 metres deep to support the mid-river pier.

“We have consulted with maritime authorities to ensure there is no disruption to CityCat services during construction works.

“In the second quarter of 2021, we will lift and fit a 45 metre section of bridge over the Riverside Expressway.

“We are already working closely with Brisbane City Council and the Department of Transport and Main Roads to identify the best timings for this to occur to ensure minimal impacts to the wider community.”

Named in honour of the first Indigenous Australian elected to the Federal Parliament, the design of the bridge will enhance the city scape with its centre mast towering 75 metres above the river, the same height as the Story Bridge.

“The bridge is shaded with a lookout part of the way along and will include tributes and acknowledgements to the late Senator Neville Bonner AO, who was a respected Elder of the local Jagera people and who is remembered for his outstanding political achievements,” Mr Crooks said.

The majority of the bridge’s construction will be prefabricated off-site before being barged in and assembled from the river, prior to its opening in late 2022.