It’s official – the excavation and shoring work has begun 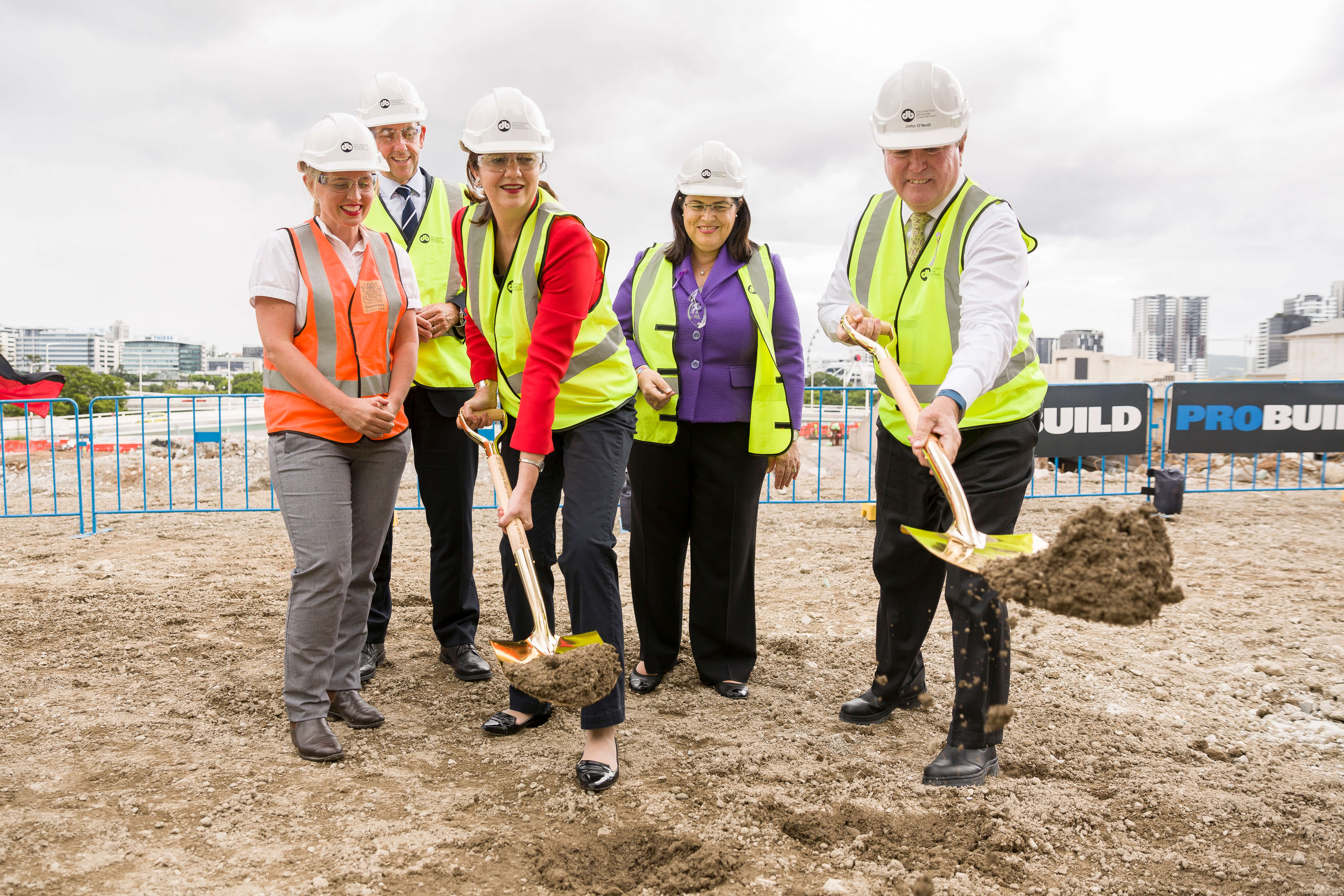 The largest-city based excavation project in Queensland’s history has commenced with a sod-turning ceremony to break ground for the new $3 billion world-class Queen’s Wharf Brisbane integrated resort development.

Around 450,000m3 of material will be removed over the next two years, which will then be followed by foundation work to construct five basement levels with car parking to service the tourism, entertainment, and resort development that is set to transform the CBD.

“We are pleased to reach this next stage of piling and excavation after 12 months of demolition work,” Mr Crooks said.

“The excavation pit will be dug where the Executive Building, 80A George St building, and the Neville Bonner Building used to be, and underneath the section of William Street between those previous government sites.

“The perimeter of the pit will be more than half a kilometre and at its deepest point will be 26 metres below George Street.

“Later this year we expect to go to tender for the next immediate phase of the project – construction – as we will need to start on foundations at the bottom of the excavation pit in order to build the five basement level structures for thousands of cars to park at our integrated resort.

“Throughout excavation, and all phases of this project, the priority for us is working closely with our appointed contractor to reinforce our stringent safety standards, as well as minimising disruption for Brisbane commuters, cyclists, pedestrians, and inner-city residents.

“We look forward to continuing to update near neighbours, the community and all who are interested in this development through our community engagement program which includes free e-news and construction notices, which people can subscribe to receive from our website.”

“Queen’s Wharf Brisbane will be a truly spectacular and game-changing development for the city, and for Queensland,” Mr O’Neill said.

“It will be Australia’s best integrated resort, a world-class destination competitive with anything on offer in the Asia Pacific region, to attract domestic and international visitors who will contribute substantially to the Queensland economy.”