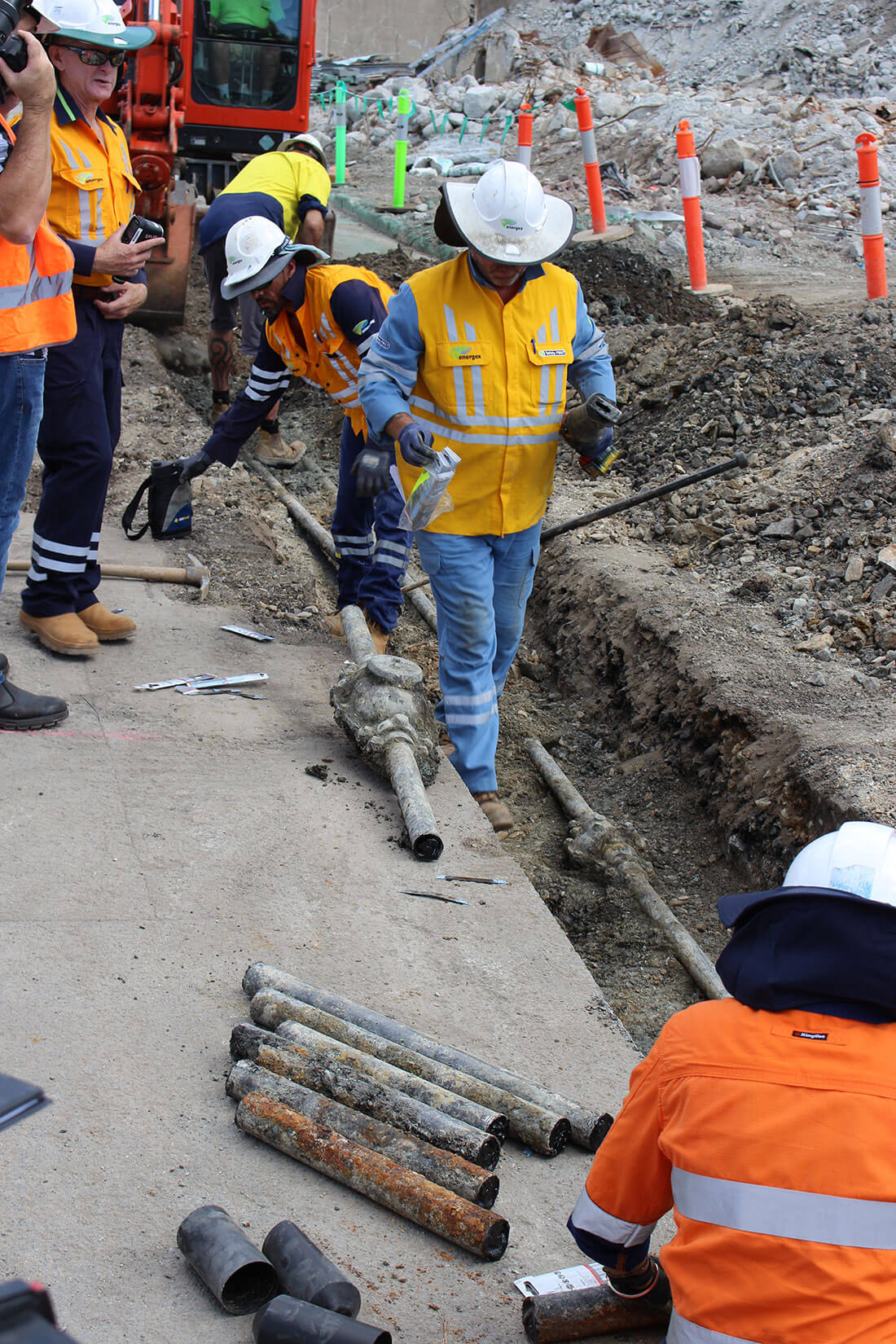 An important piece of Queensland’s history has been unearthed beneath the $3 billion Queen’s Wharf Brisbane inner-city development.

On 6 February archaeologists supervised the extraction of 134-year-old electrical cabling under the CBD’s William Street – artefacts that are now destined for display in museums around the world.

The Edison Tubes, a rudimentary form of electrical cabling imported from America, were installed in 1884 to run power from Queensland’s first building to have electricity, the old Government Printery on William Street, to Parliament House on Alice Street.

At the time, Brisbane was the first city in the southern hemisphere behind only New York and London to have the Edison Tubes installed.

Destination Brisbane Consortium Project Director Simon Crooks says this is a milestone in Queensland’s history and something the Consortium as the developer of Queen’s Wharf Brisbane wants to ensure is captured and preserved along with the heritage of the site.

“Brisbane was a trailblazer for electricity, leading many international cities with the installation of cabled underground electrical power and street lighting,” Mr Crooks said.

“The Edison Tubes are important as they provide a glimpse into Queensland’s past when electricity was introduced and revolutionising the lifestyles of Queenslanders.

“Once electrical lighting had been demonstrated in 1883 at the Government Printery at 84 William Street, the government commissioned the Edison Company in the United States to permanently connect the Printery and Parliament House to a steam driven electrical generator located at the rear of the Printery.

“In 1884, Edison Tubes were then run under William Street to Parliament House to connect it to the steam generator, enabling electricity to replace some 200 hot gas lamps within Parliament House.

“Heritage is an important part of our future development and the beautiful heritage buildings within our development precinct will become a huge attraction for local and international visitors.”

The Edison Tubes have attracted interest from all over the world. Following their retrieval, they are crated ready to be shipped to museums near and far. Some sections will go to the Science Centre London, Edison Historic Park and IEEE History Museums in New Jersey USA, MAAS Sydney (Powerhouse Museum), Commissariat Store Museum Brisbane and Highfields Energy Centre Toowoomba as well as Queensland Parliament House and Energex.

To see the video footage of these tubes being revealed, check out our Facebook page for video footage www.facebook.com.au/queenswharfbrisbane.