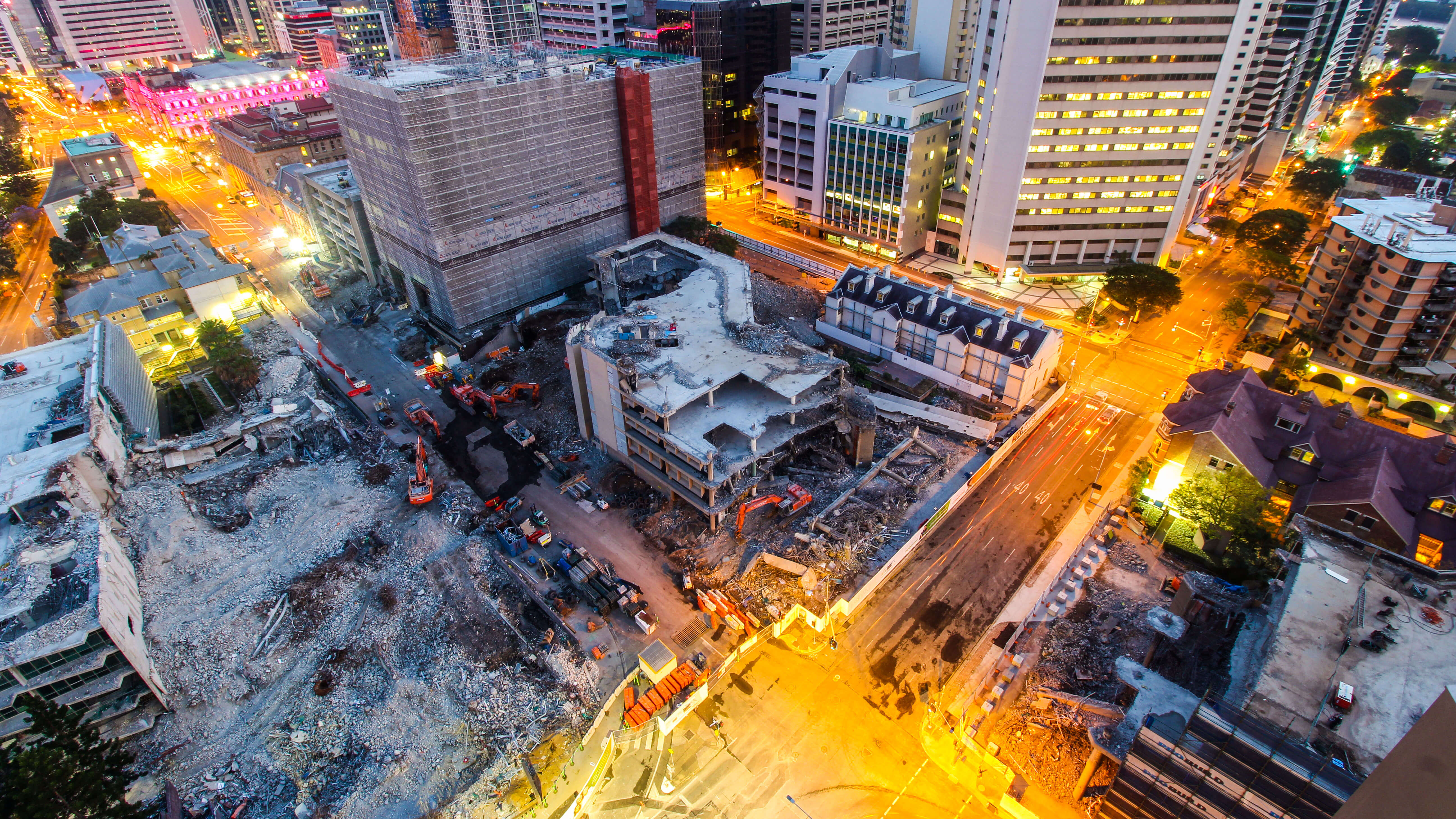 Brisbane’s skyline is changing with the final piece of the Margaret Street overpass that once connected government offices in George Street removed last weekend as part of the Queen’s Wharf Brisbane demolition of non-heritage buildings.

The final 35 tonne concrete beams that have cast a shadow over Margaret Street for 30 years were demolished in the lead up to the last weekend, leaving only the pedestrian footbridge and temporary gantries for removal on the final weekend.

The work on the Margaret Street overpass is a milestone in the construction of Queen’s Wharf Brisbane, a project that will transform Brisbane’s CBD with more than 12 football fields of public space and create a new world-class entertainment precinct for locals and visitors.

Destination Brisbane Consortium Project Director Simon Crooks thanked the community for its support and patience during the demolition process.

“We realise that eight weekend road closures and night time works may have been inconvenient and we appreciate the patience everyone has shown during the demolition process,” Mr Crooks said.

“This is the largest CBD redevelopment in Queensland’s history and we have been mindful to ensure that all members of the community are kept informed during the current work activities.”

“More than 2,750 tonnes of concrete made up of 1,640 tonnes of beams, 600 tonnes of topping slab, 320 tonnes of trusses and 160 tonnes of header beams and columns have been removed during the demolition of the Margaret Street overpass.”

“Our contractor Probuild safely achieved this result above a live road and with more than 678,000 pedestrian movements beneath.

“To help offset the inconvenience we worked closely with government and transport authorities to schedule the work over weekends when CBD traffic is at its lowest with least impact to motorists.

“Safety of workers, commuters, pedestrians, motorists, cyclists, locals and visitors has been a high priority during the demolition stage and we will continue to make the project site a safe environment through all stages of development.”

Time-lapse footage of the demolition is available at our facebook page – www.facebook.com/queenswharfbrisbane