History paints a picture of the former Land Administration Building 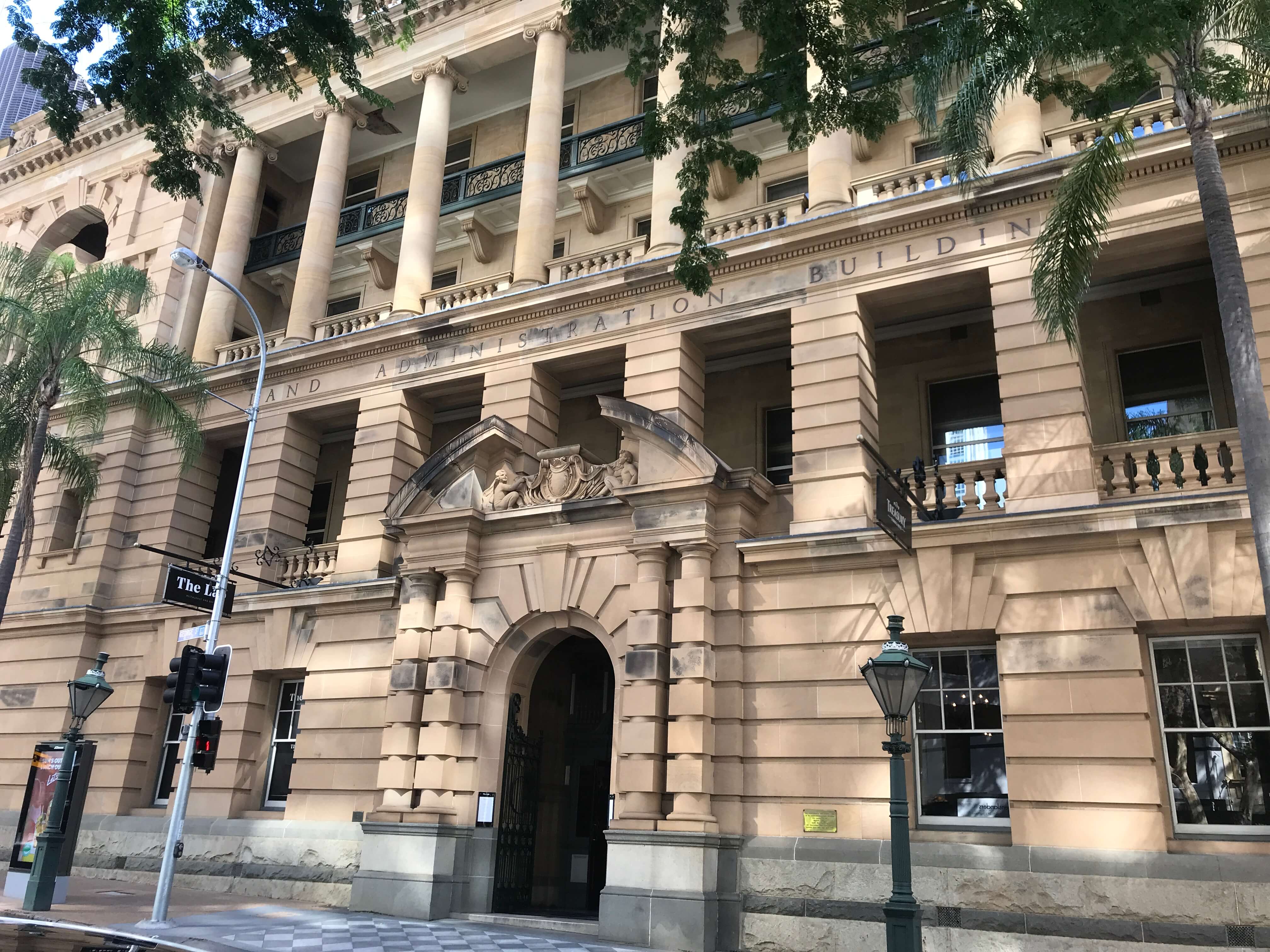 Did you know that the heritage former Land Administration Building – currently housing the Treasury Hotel – was once home to the Queensland National Art Gallery for 25 years?

The building, which will be repurposed into The Ritz Carlton Hotel in our future Queen’s Wharf Brisbane development, housed the gallery shortly after it opened in 1905.

The gallery was located on the third floor – with the rent paid by the Queensland Government – and was viewed as an ideal setting for gallery exhibitions thanks to its pitched ceilings, clerestory lights, and ornate plaster ceilings.

The opening by then Governor, Lord Chelmsford, was met with great excitement as it was considered that “Australia’s immense distance from the world’s centres of art was a great disability”, and the gallery’s role was to advance Queensland’s cultural education.

Lord Chelmsford’s speech gave the seal of approval to a new collection of works by local artists, and shortly after, a special fund was established dedicated to Australian art.

During the gallery’s reign in the building, paintings by Nora Heysen, Rupert Bunney, Godfrey Rivers, and William Bustard were added to the collection.

The gallery’s most successful exhibition was held in August 1906, featuring the painting, Light of the World, by well-known English artist Holman Hunt.

While 50,000 people were reported to have seen the exhibition, it is hard to imagine how such a number could have moved through the gallery as it was only open six-hours per day.

By 1931, the gallery had outgrown the building and moved to the Concert Hall in the Exhibition Building at Bowen Hills.

When Queen’s Wharf Brisbane opens the precinct will again showcase various artworks with the consortium having already established a public art plan to inform and shape the commissioning of public art for the precinct.

** Source: Historical information provided in this article was provided by the Royal Historical Society Queensland.