Early works for construction of the Neville Bonner Bridge have begun 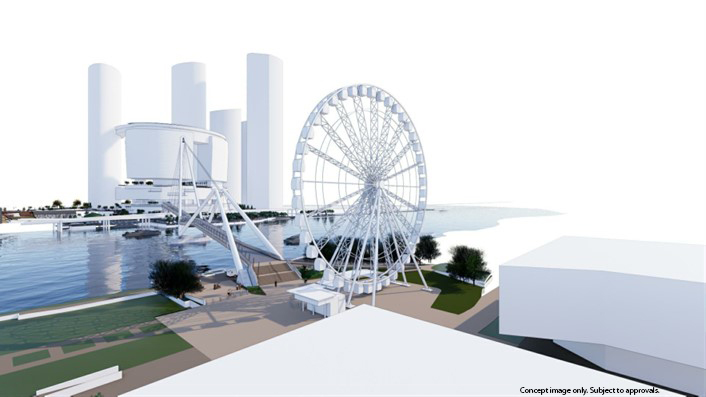 Work has begun at South Bank for construction of the Neville Bonner Bridge which will connect South Bank to Queen’s Wharf Brisbane.

Already the construction area and site compound have been fenced off with colourful hoarding.

As part of the approved early works, contractor Fitzgerald is undertaking works to relocate existing electrical, telecommunications and hydraulic services ahead of construction for the bridge landing.

Archaeological investigations were undertaken by Jagera representatives, but no items of significance were found at the site.

During May, vegetation removal work took place after approval from Brisbane City Council, the Department of Environment and Science, and Economic Development Queensland.

Seven trees were removed to make way for where the future bridge will land.  Under the Brisbane City Council Natural Asset Local Law, an assessment of the trees value was made, and Destination Brisbane Consortium paid nearly $140,000 to Council for new trees to be planted in the local area.

The bridge landing is being constructed within the Queen’s Wharf Priority Development Area at South Bank, between the Clem Jones Promenade and The Wheel of Brisbane.

Queen’s Wharf will create new greenspace for the people of Brisbane and the equivalent of 12 football fields of public space when complete.