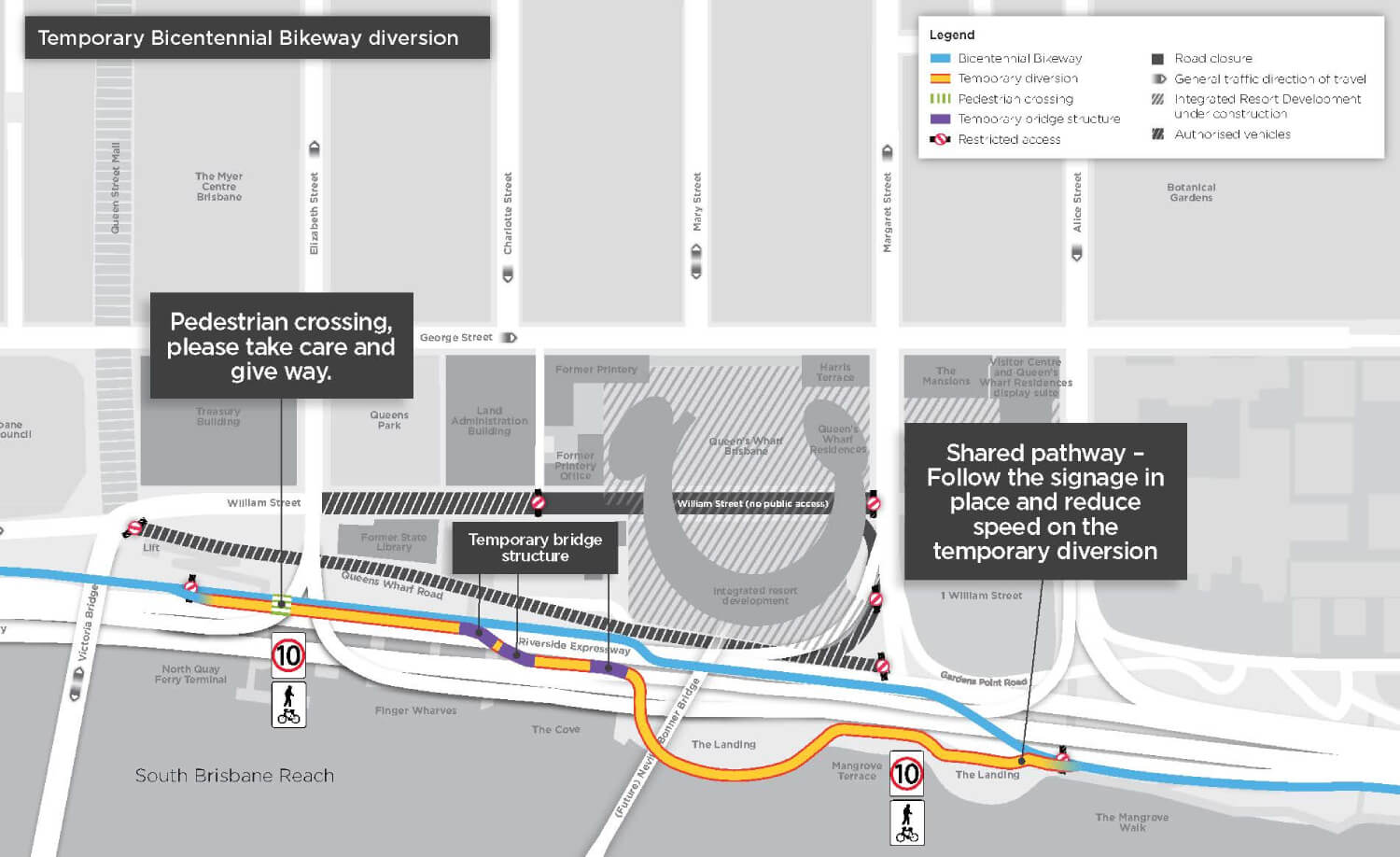 The Bicentennial Bikeway is now set to be temporarily diverted for further public space works to continue.

Bikeway users get ready to take a new route along the Bicentennial Bikeway between Victoria Bridge and Waterline Park from Monday 16 May 2022.

Multiplex Project Manager Tyson Macdonald said the diversion will direct bikeway users onto The Landing for the first time and include temporary bridge structures near the North Quay Ferry Terminal.

“The temporary diversion, extending onto The Landing, will be a mix of concrete shared pathways and temporary bridge structures connecting into the existing Bicentennial Bikeway and the newly built Mangrove Walk,” Mr Macdonald said.

“There will be three temporary bridge structures that will connect the north end of The Landing to the existing bikeway.

“Pedestrians and active transport users will follow the route along The Landing for over twelve months as works progress in the area of the existing bikeway.

“Directional signage, temporary fencing and night lighting will safely guide bikeway users along the temporary route along the river’s edge.”

While construction is underway, bikeway users may notice increased construction noise and changed conditions when travelling from Waterline Park to the North Quay Ferry Terminal.

Active transport users will need to follow the speed limit signage and take care while travelling on the diversion.

This temporary diversion is making way for civil and landscaping works where the current alignment is located under the Riverside Expressway.

The temporary diversion activation has been delayed due to the recent flood impacts to the area.

Once completed, the upgraded bikeway and public realm space will open at the same time as the integrated resort development.

The public space, including The Landing will see 340 native water gum, lilly-pilly and palm trees with around 4,000 plantings across the entire 7.5 hectares of the development.