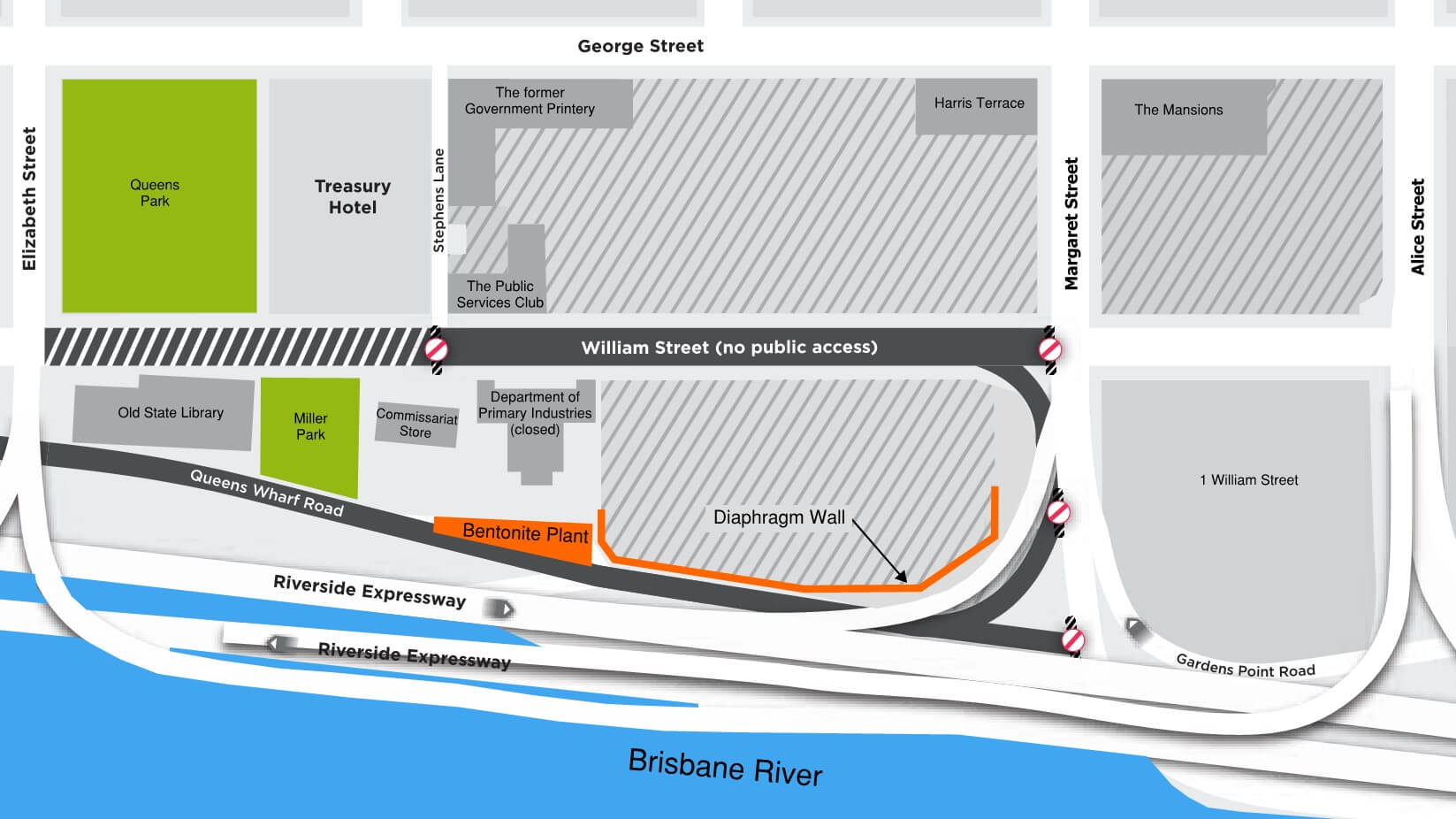 Major engineering works to create a watertight underground barrier wall are underway at the CBD riverfront site where the $3.6 billion Queen’s Wharf Brisbane development is being built.

A 172 metre-long wall, up to 22 metres deep, is in construction along the river face of the development.

It is designed to prevent potential ground water from the Brisbane River entering the site, where more than 450,000m3 of material will be excavated over the next 15 months to create a five-level basement with thousands of car parks.

“We will use more than 2,500m3 of concrete – enough to fill an Olympic-sized swimming pool – to build the diaphragm wall,” Mr Crooks said.

“The wall will have 28 panels running along the inside edge of Queens Wharf Rd to Margaret St to provide a watertight barrier.

To build the diaphragm wall, a guide wall is first dug, and a narrow vertical trench is then excavated and filled with bentonite slurry, a naturally occurring clay.

A steel reinforcement cage, up to 6 tonnes in weight and more than 20 metres in length, is then craned into the vertical trench, which is then filled with concrete to create the panels.

The clay slurry is recycled and stored onsite during the works in large blue and yellow towers along Queens Wharf Rd.

Mr Crooks said the barrier wall will take around three months to complete. The remaining circumference of the basement will be secured with concrete piles and rock anchors.