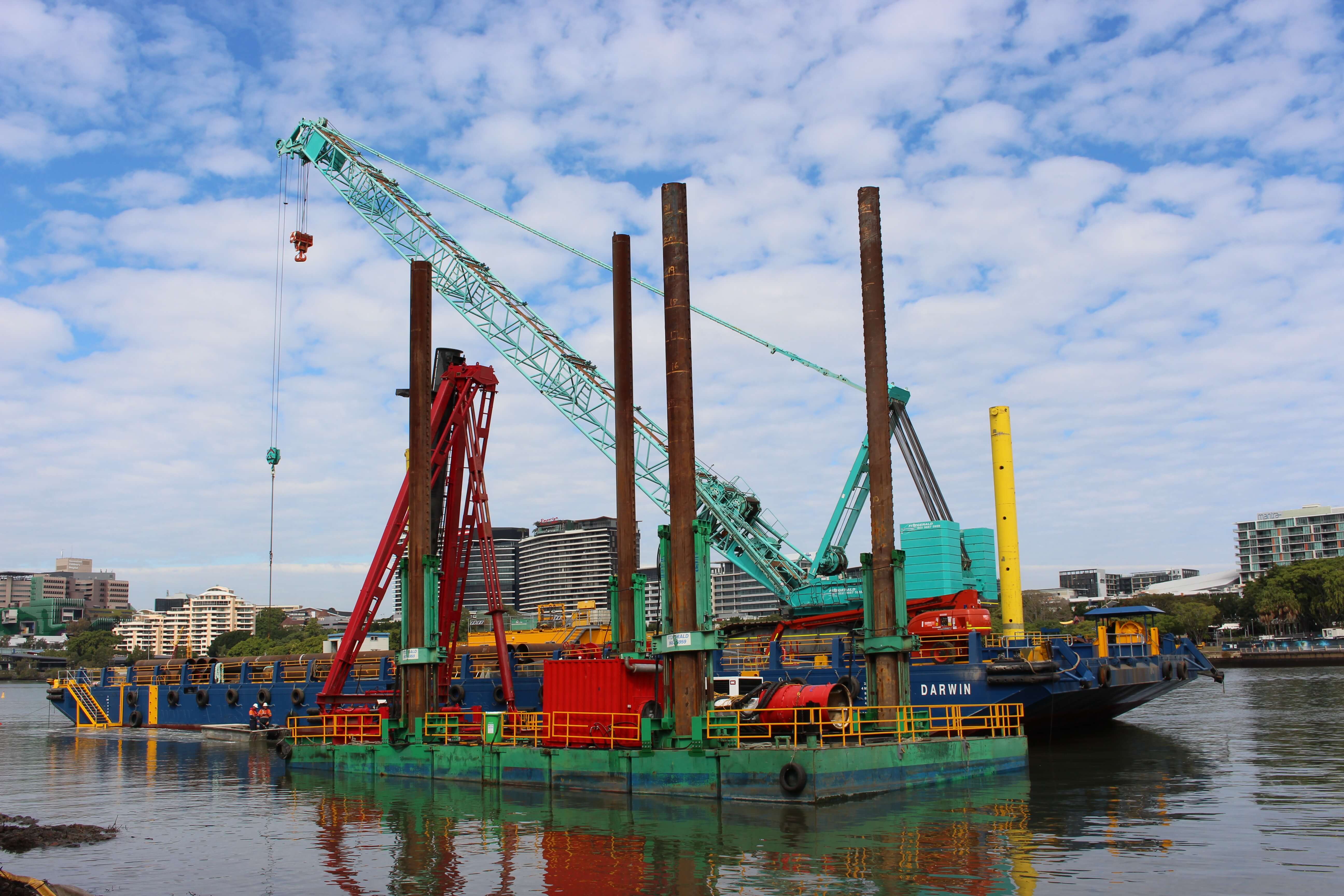 A new section of public riverfront area will soon start to take shape within the Queen’s Wharf Brisbane precinct.

‘The Landing’ will become one of the city’s most significant parks and will be built out over the river’s edge, stretching almost 300 metres in length and providing new recreational and event space in the CBD.

Destination Brisbane Consortium Project Director Simon Crooks said the new area, to be constructed along the river from Margaret Street to Queens Wharf Road, will attract residents and visitors to experience one of Brisbane’s most breathtaking views.

“Brisbane’s beautiful sub-tropical weather allows us to enjoy the outdoors all year round, and that is why Queen’s Wharf Brisbane is creating more public space for people to use and enjoy,” Mr Crooks said.

“The Landing will feature garden beds, terraced seating on the river’s edge and lush lawns – culminating in a beautiful new space for people to relax in, and to accommodate future public events.

“The Landing will cover 6,500m2 and will sit 50 metres out from the river’s edge above the water, allowing the river to naturally flow underneath.”

The new space will be built using a number of barges including the large 80-metre barge called ‘Darwin’.

“It has been used to start the piling that will eventually support the suspended concrete structure, which will become one of our development’s greatest public spaces.

“The crane jib alone on Darwin is as tall as the wheel of Brisbane, so it is hard to miss.

“To create this new area, the barge will install approximately 160 steel piles in the Brisbane River to accommodate the suspended concrete structure over the water.

“Those visiting the river will also see two smaller barges that will follow and be used to support the large barge with piling activities.

“These barges will also undertake work to extend and improve the existing Finger Wharves beneath the Riverside Expressway, enabling future temporary vessel berthing facilities at the Queen’s Wharf Brisbane site.”

The Landing will complement the public space that the Consortium will open later this year including Waterline Park, the 450-metre Mangrove Walk and upgraded bicentennial Bikeway.