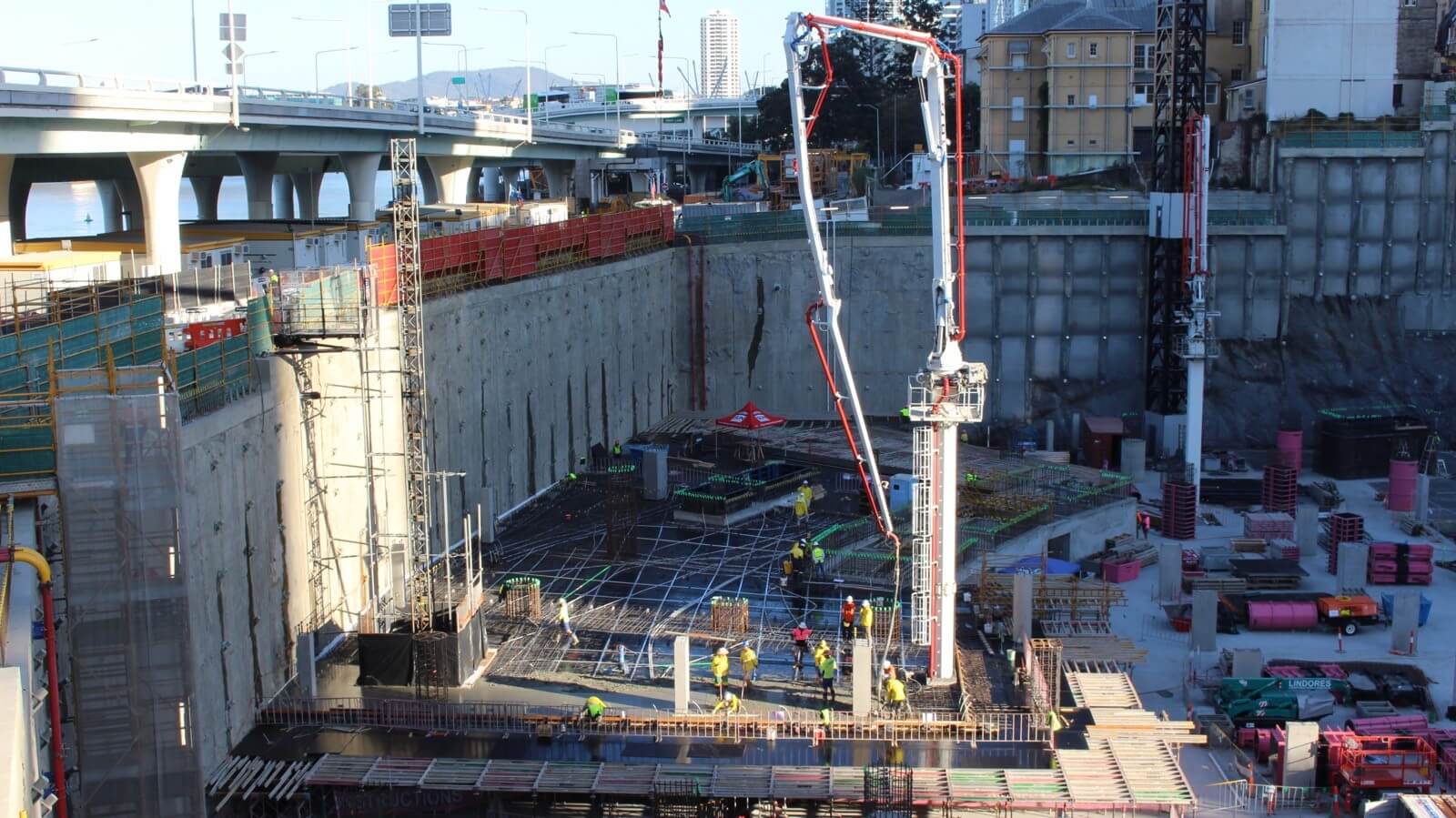 The first section of suspended basement has been poured on Queensland’s largest construction project as the Queen’s Wharf Brisbane development starts to rise from 26 metres below George Street.

It will be the Brisbane CBD’s biggest basement, holding a five-level carpark beneath the tourism and entertainment precinct.

Destination Brisbane Consortium Project Director Simon Crooks says it marks another milestone in the construction of the $3.6 billion development set to transform Brisbane.

“Queen’s Wharf, being as large as it is, will have many milestones now that we are officially leaving the ground and on the way up,” Mr Crooks said.

“We have five levels of basements and levels one and two of the podiums to pour between now and when we reach George Streel level at the end of 2020, “Each level is around 20,000m² and will require around 4,000m3 of concrete.

“This first pour is approximately 180m3, which will create around 900m2 of car parking space connecting the lift core of Tower 2 and the waterproof barrier wall adjacent to Queens Wharf Road below The Star Grand Hotel.

“When we reach peak construction, the production rates per day for the basement and podium will be approximately 850m² of formwork, 20 tonnes of tied reinforcement steel and 250m³ of concrete poured.”

Since mid-July, Multiplex has been undertaking foundation works including core and lift establishment, installing columns and pad footings for Towers 2 and 3 which make up the arc-shaped building that will house The Star Grand Hotel.

Multiplex Project Director Dayne May said that works are progressing well on-site, with a further eight suspended slabs expected to be poured before the end of September.

“Three satellite concrete pumps have been established on-site, with a further four pumps to be installed by December,” Mr May said.

“These pumps will enable us to pour around two Olympic swimming pools of concrete each month (5,000m3).”

Queen’s Wharf Brisbane will transform the CBD with four new luxury hotels, more than 50 new bars and restaurants, 2,000 residential apartments and by the time the core development is
expected to open in late-2022, the precinct will collectively offer more than 12 football fields of public space.