Sports bar to out play all others 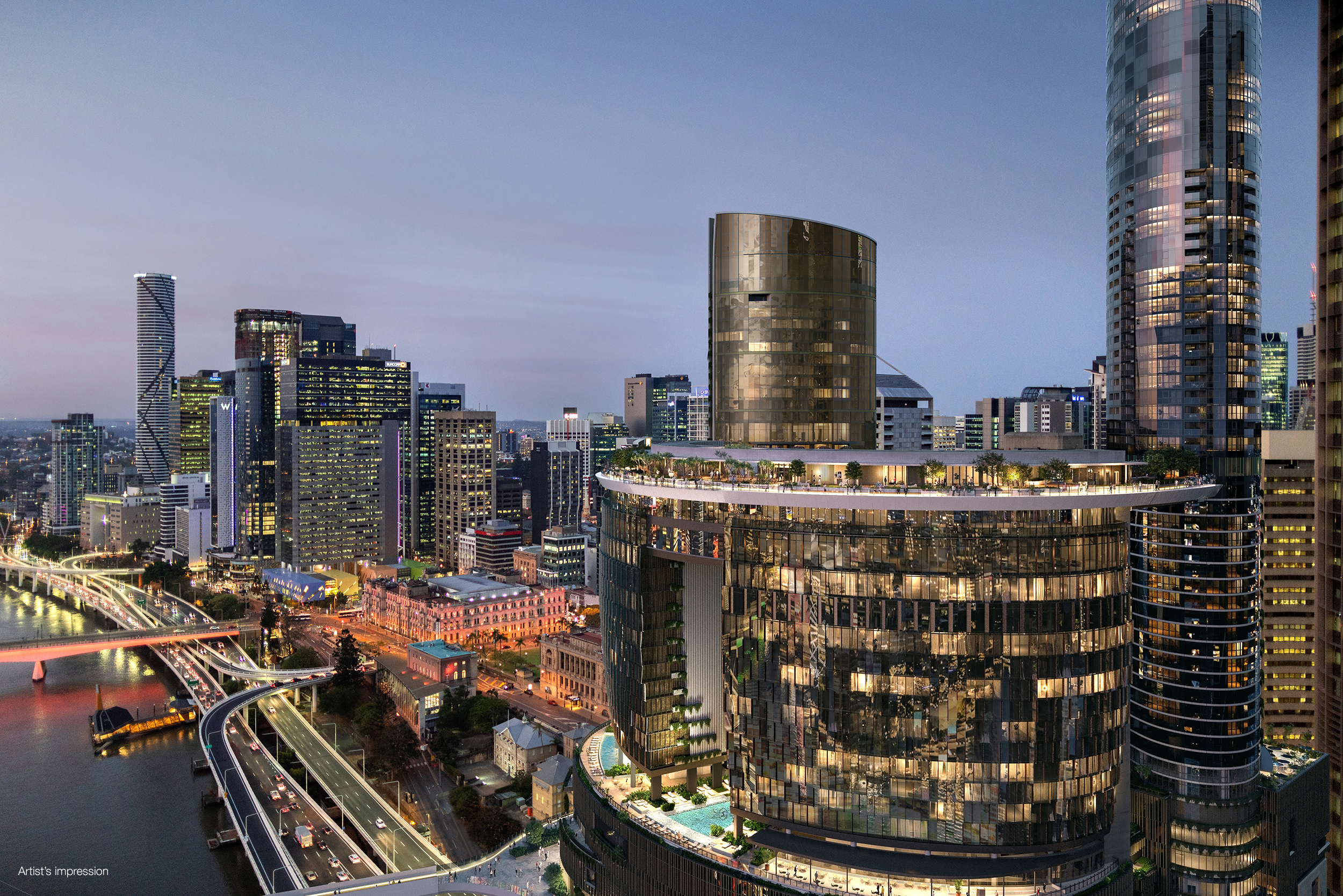 The QWB Sports Bar will be the city’s premier venue to celebrate the most significant showdowns from around the globe and the best place to witness sporting history outside of a seat in the stands.

Apart from weekly offerings of AFL, NRL and English Premier League soccer, the Sports Bar will have capacity to be themed for major events including the Super Bowl, FIFA World Cups, global showdowns in T20, ODI and Test cricket, Rugby World Cups and tennis’ major championships.

“Sport is entertainment, it’s theatre.” said Matt Bekier, Managing Director and CEO of The Star Entertainment Group. “It generates emotion and sport is unquestionably part of the Queensland DNA. We want to celebrate that.

“The 24/7 Sports Bar at The Star Sydney has a 34sqm LED screen as its centrepiece. There are 50 LCD TVs in the area, a VIP section and a sound system that gives you a sense of being at the stadium.

“On a weekly basis, people gather in their team’s colours and feel a real sense of atmosphere. For events like the Super Bowl, or FIFA World Cups, we have had around 1500 people generating a level of excitement that you wouldn’t find anywhere else in Sydney.

“Our plans are just as bold for Queen’s Wharf. If you’re a sports fan in Brisbane and there’s an event being broadcast that you can’t attend in person, then the QWB Sports Bar will be where you want to be.”

While plans are still being finalised, Mr Bekier said the QWB Sports Bar will have a centrepiece screen that could replicate or even surpass the Sydney version, and a capacity to ensure an unrivalled indoor experience.

The Sports Bar will be within the Queen’s Wharf casino, two floors above street level.

“What we are building at Queen’s Wharf is a world-class entertainment precinct in the middle of a CBD with a huge and important heritage and public space component,” said Destination Brisbane Consortium (DBC) Project Director Simon Crooks.

“When the Consortium was designing the precinct there was a concerted effort to lift the gaming areas above street level to allow people ready access to the public spaces, and retail and food and beverage offerings.”

DBC, a joint venture between lead partner The Star Entertainment Group and its Hong Kong-based partners Chow Tai Fook and Far East Consortium, has awarded the contract to fitout the gaming and entertainment areas of the QWB integrated resort to Built, subject to final stakeholder approvals.

National construction group, Built has an extensive track record in developing high quality premium fitouts across the retail, entertainment and hospitality sectors including at Eagle Street Pier in Brisbane and QT Gold Coast and recently completed the Sovereign VIP Gaming area at The Star Sydney.

“Built’s works include the fitout of gaming and food and beverage outlets on podium gaming levels 5 and 6 as well as a number of floors below the Sky Deck that will house VIP Gaming and plant equipment,” said Mr Crooks.

“Built have a strong reputation within the industry and we look forward to welcoming them onsite in 2021 when they start their works.”

Built Managing Director, Brett Mason, said Built was very pleased to be awarded the contract for the construction of entertainment levels at Queen’s Wharf.

“We’re excited to be involved in this project off the back of our successful delivery of the new Sovereign area at The Star Sydney and to bring the same high level of quality and meticulous attention to detail to Queen’s Wharf,” Mr Mason said.

Works are progressing well onsite with the five 20,000m2 car park levels and two back of house levels completed and William Street now reconnected for construction traffic to unload from.

“To date around 5000 tonnes of reinforcing steel and more than 41,000m3 on concrete or around 16 Olympic swimming pools of concrete has gone into the IRD basements,” Mr Crooks said.

Queen’s Wharf Brisbane will transform the CBD with four new luxury hotels, more than 50 new bars and restaurants, 2,000 residential apartments and the equivalent of 12 football fields of public space when the development is complete.