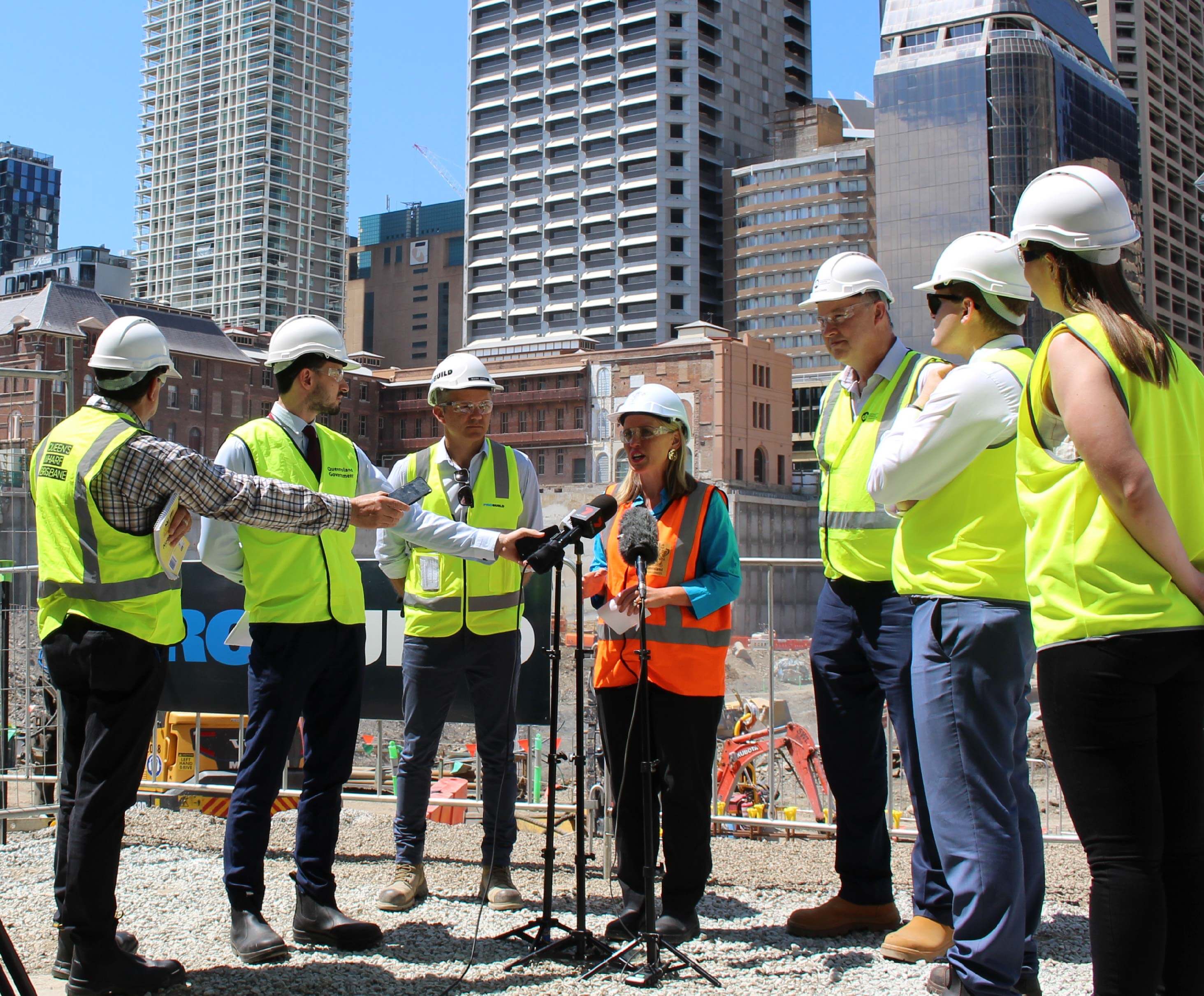 Brisbane CBD’s biggest hole in the ground has just hit the half way mark, with 225,000m3 of material removed from the precinct which will house the $3.6 billion Queen’s Wharf Brisbane Development.

The earthworks, which began in March, are for a 26-metre deep, five-level car-park basement that will service the entertainment, dining and tourism development when it is due to open in 2022.

“The former basements and footings of the Executive Building and Annexe have been removed as well as around 225,000m3 of bulk excavation material,” Mr Crooks said.

“More than 90 per cent of the material is being recycled with most of it being used for reclamation works by Brisbane Airport.

“The Queen’s Wharf site is currently levelled out and sitting 16 metres below George Street.”

Mr Crooks said excavation peaked in August with 3,400 truck movements recorded across the month during the combined night and day works.

As part of the excavation, a 172-metre waterproof barrier wall was constructed while 2,300 rock anchors will hold the remaining perimeter in place.

A vibrant art piece has been applied to the underside of the Riverside Expressway at Waterline Park, and upgrades to the bikeway between the Goodwill Bridge and 1 William Street are expected to open in the second half of 2019.

“Having reached half way, this next phase of excavation is where we expect to hit bedrock in early 2019,” Mr Crooks said.

“This will be Brisbane Tuff – the same rock as the Kangaroo Point Cliffs, and for which tunnel boring equipment is often used.

“Instead, our contractor Probuild plans to use low levels of explosives to finely crack the rock ahead of excavation.

“The method is not new to Brisbane’s CBD. It directs force downwards, reducing noise, reducing the risk to people or buildings nearby, and it should help speed up this next phase, while also reducing the amount of excavator operated rock breaking work required.

“Construction of the Integrated resort will commence in 2019 once the excavation is complete. The tender to build the shell and core of the integrated resort development closed in October and we are working through that process now and expect to announce the contractor around March of 2019.”