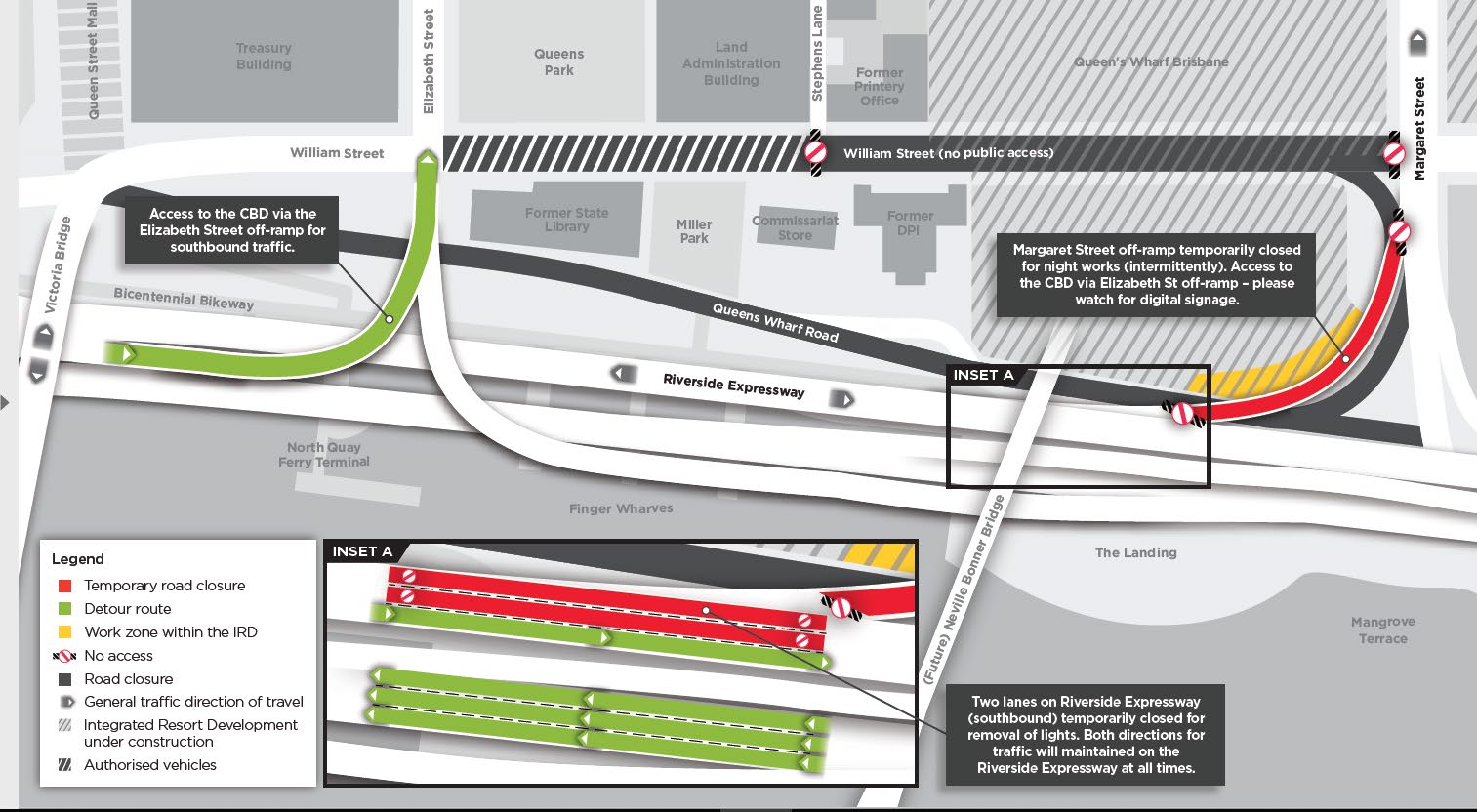 Extended: For six nights over a one month period from Wednesday 4 November 2020 access to the CBD will be via Elizabeth St for southbound traffic on the Riverside Expressway. Daytime traffic not affected.

Night works will occur for six nights only between 8pm to 5.30am from Wednesday 4 November to Friday 27 November 2020. These works will occur within the main Queen’s Wharf site and two on the southbound lane on the Riverside Expressway, near the Margaret St off-ramp for southbound traffic.

Margaret Street off-ramp will be closed to through traffic for the duration of the night works. Detour signage including visible digital message signs will direct motorists use the Elizabeth Street for access to the CBD. Through traffic using the Riverside Expressway will not be affected.