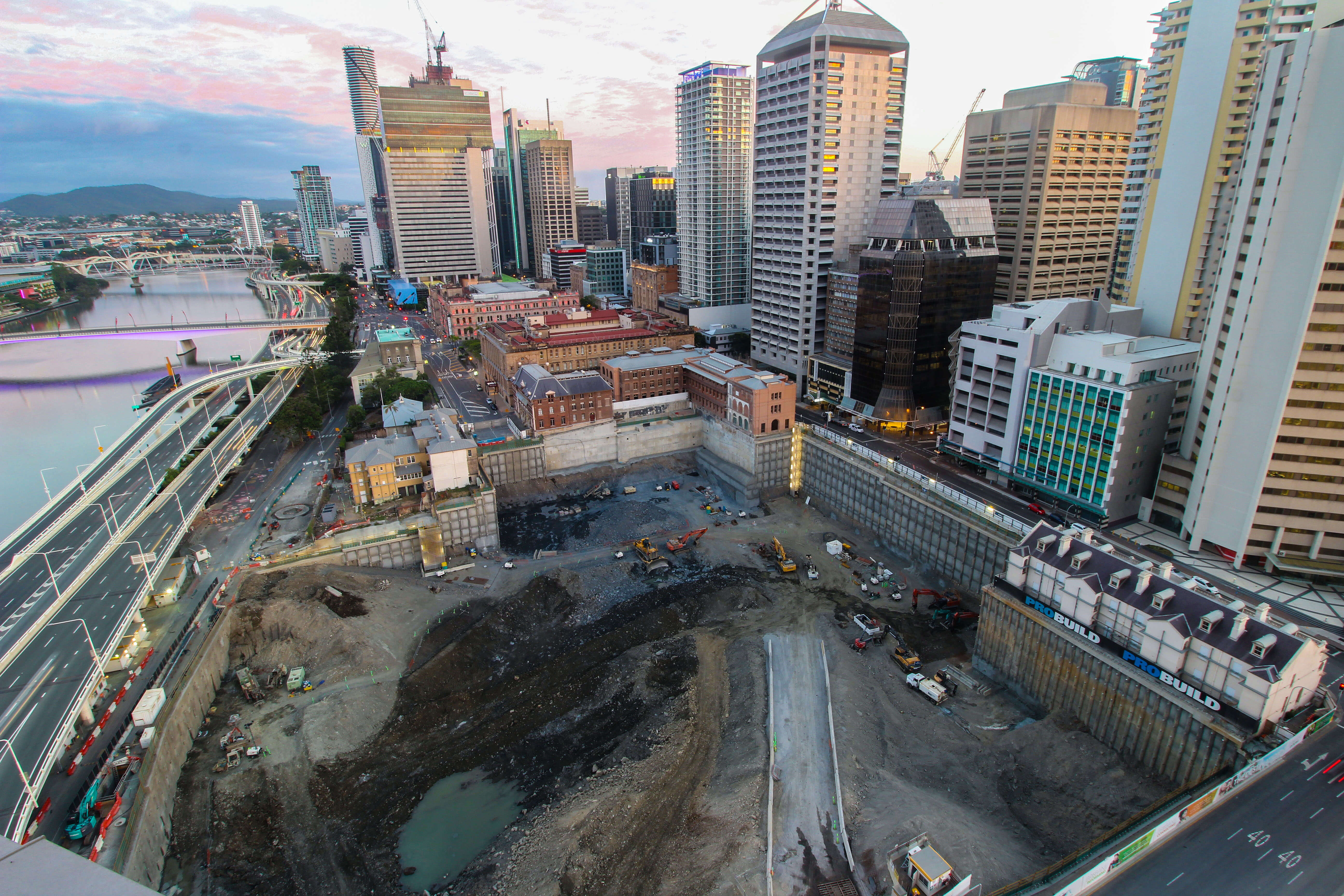 The section was identified as one of the most difficult due to the hard rock, with multiple 60 tonne rock breakers required during the excavation.

“We are encountering some very hard rock at the bottom of the excavation, but we have been able to break through that by using large rock breaking hammers,” he said.

“We realise these big pieces of equipment make the site activities noisy and while we try to minimise disruption as much as possible, we are grateful for our near neighbours for their patience and understanding while we complete these necessary works.”

Since the excavation activities commenced in March 2018, more than 300,000m3 of material (including demolition material from the former building basements and excavation material) has been removed from the site.

Earlier in February, preparation work began for the construction of a new trunk sewer pipe to connect the integrated resort development with existing sewer infrastructure near Turbot Street, North Quay.

This work includes the construction of an 8-metre-deep shaft at the development site, which has been reinforced by more than 40 concrete piles.

Early site preparation for the construction of 18-metre-deep receival pit is also underway, with the installation of perimeter fencing and rockfall protection during February.

In March it is expected the tunnel boring machine will begin sewer installation works as it travels the 600 metres towards North Quay.

The sewer main works are expected to be complete in September 2019.