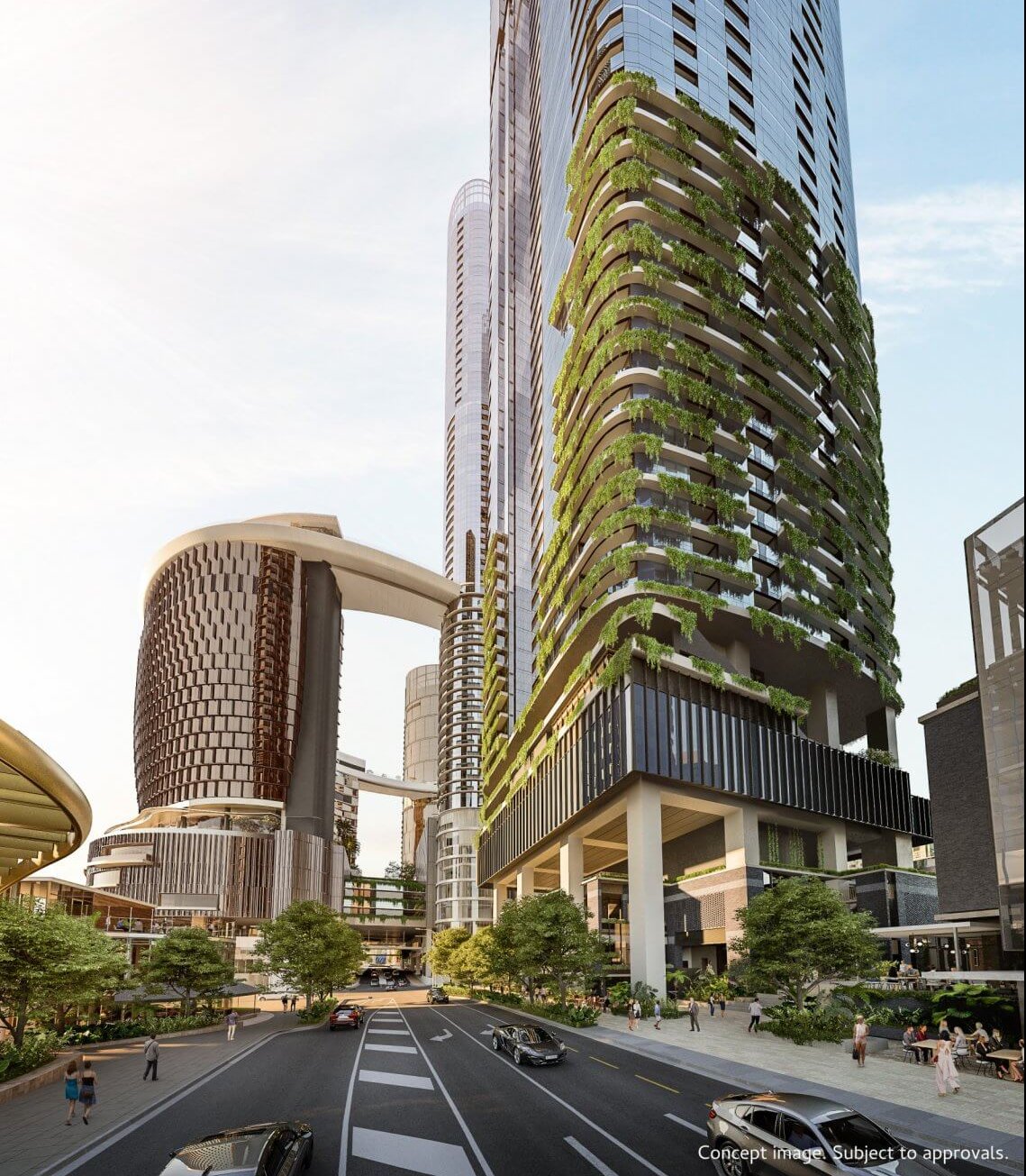 The next opportunity to live at Queen’s Wharf Brisbane is on the cusp of release as designs are revealed.

Reaching a height of more than 250 metres and with more than 800 luxury apartments to hit the market, Queen’s Wharf Tower will complement the already extensive offerings in the $3.6bn transformational development.

“We are so excited to announce Queens Wharf Tower, the tallest building in the Queens Wharf Precinct, is set to be released in April 2022,” Mr Hinds said.

“At 71 stories and 819 apartments, Queen’s Wharf Tower will stand out amongst what is an impressive world-class development.

“Prices for the mix of one, two, and three-bedrooms units start from a very attractive $585,000 up to $3.5m with limited executive/penthouse apartments on the top floor from $6.4m.”

Registration for expression of interest is now open for this once in a lifetime opportunity at QWTower.com.au.

Destination Brisbane Consortium Project Director Simon Crooks said Queen’s Wharf Brisbane is well on its way to changing Brisbane’s city scape and when it commences opening from first half of 2023, it will re-energise Brisbane’s CBD like never before.

“With the main integrated resort reaching level 20 in parts, construction has spilled into the public space areas and heritage buildings, many of which will become the locals’ favourite new dining spots,” Mr Crooks said.

“Further to that, sections of the Sky Deck will be installed mid-year as we start to form up Brisbane’s newest and hottest venue in town come 2023.”