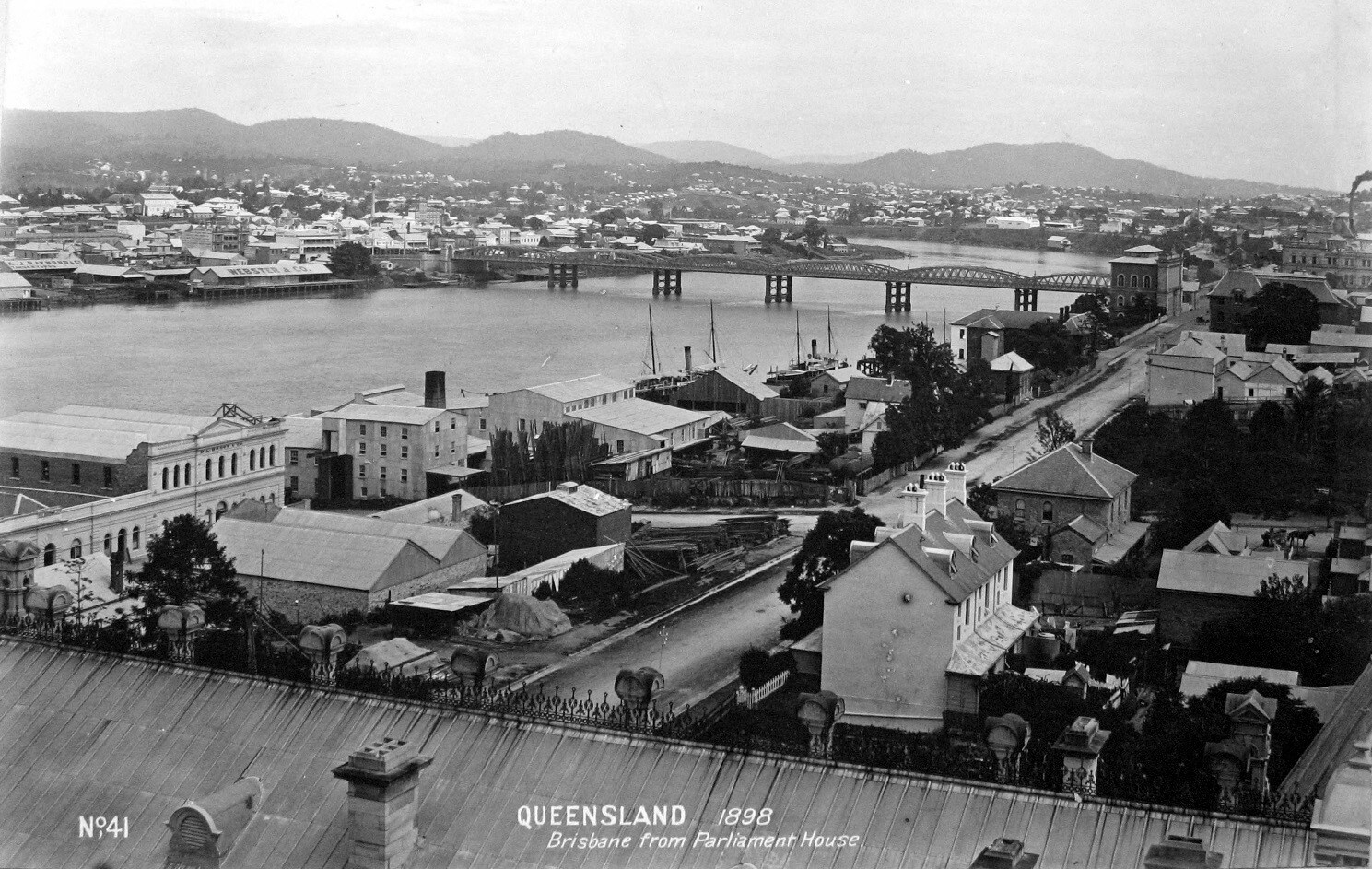 While work is currently underway to construct our $3 billion Queen’s Wharf Brisbane integrated resort, did you know the site once held a sawmill producing its first timber for the building industry more than 160 years ago?

The steam-driven sawmill was the city’s first significant industrial development and was located on the corner of William and Margaret Streets, behind the location of the former Neville Bonner Building that has since been demolished.

Operated by Scotsman William Pettigrew, milling began in 1853 at a time when the north bank of the Brisbane River was an expanding commercial centre with an increasing population and a ready market for sawn timber.

Mr Pettigrew first immigrated to Brisbane in early 1849, but it wasn’t until 1852 that he bought the land in William Street.

Following his father’s death in August 1852, his brother Robert provided the funds to erect the sawmill – a shed 24 feet wide, 12 feet high, and at least 80 feet long.

Mr Pettigrew, who was described as a ‘short, wiry, and energetic man’ had many other achievements including being responsible for the first steam locomotive in Queensland and co-constructing the Cooloola railway, likely to be the colony’s first privately-owned railway.

He served as an alderman on the Brisbane Municipal Council and as Mayor in 1870-71.

Appointed to the Legislative Council in 1877, he promoted parliament railways and improved sanitation, and advocated forest conservancy.

He died in 1906 in Bowen and was buried in the local cemetery, with his diaries and papers providing useful material on colonial Queensland history.

Since those early days of European settlement, Brisbane has come a long way with the site of the city’s first sawmill now a hub of construction activity to make way for our exciting $3 billion world-class integrated resort.