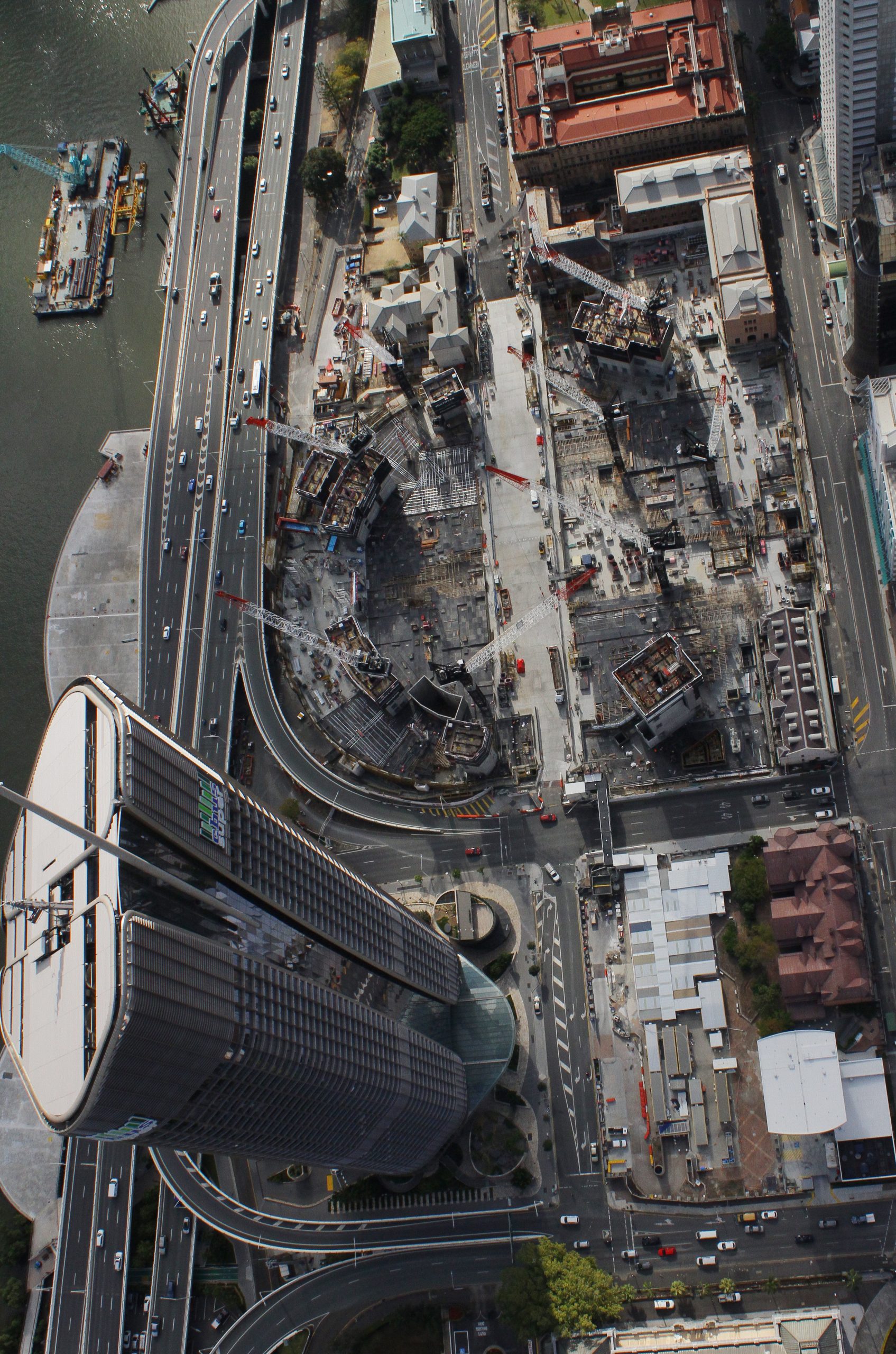 A major Brisbane CBD street, which was dug up more than two years ago, has been rebuilt and is now on its way to becoming the main entrance into the city’s game-changing $3.6 billion Queen’s Wharf Brisbane integrated resort.

The section of William Street – between Margaret Street and Stephens Lane – has been reconstructed and will eventually become the main entrance into three of the development’s four luxury hotels – Dorsett, The Star Grand, and Rosewood.

Destination Brisbane Consortium Project Director Simon Crooks said the reconnection of William Street was a significant milestone, with the road only to be used for construction vehicles until the development opens in late-2022.

“It’s fantastic to see William Street in place again and it marks an outstanding achievement for our workforce,” Mr Crooks said.

“It also signals the basement works are now complete, and our focus has turned to the podiums and towers located above street-level.

“We closed the street on 1 January 2017 and since then, we have undertaken many changes to the area, both below and around William Street.

“After the demolition of three non-heritage government buildings, we excavated 26 metres below William Street.

“During that time, we removed 400,000m3 of material and secured the 650 metre circumference of the site with a 170 metre waterproof wall and hundreds of piles and rock anchors.

“In July last year, our contractor, Multiplex, started creating five levels of basement – including for car parks, lower podium, and back-of-house areas – turning it into the largest basement in Queensland.

“There is close to 9,000m3 of concrete and 800 tonnes of reinforced steel underneath the 150-metre span of William Street section alone, which is now key to the ongoing construction of Queen’s Wharf.

“Only construction vehicles can currently drive along William Street into the centre of the integrated resort development, where concrete pumping stations and loading bays are located for all four towers.

“This area will be used as a loading zone until we complete the development in late-2022.

“This will help significantly reduce congestion around the perimeter of the site and allow deliveries to come inside the project footprint,” Mr Crooks said.

Queen’s Wharf Brisbane will transform the CBD with four new luxury hotels; more than 50 new restaurants, cafes, and bars; 2000 residential apartments; and by the time it opens, it will collectively offer more than 12 football fields of public space.