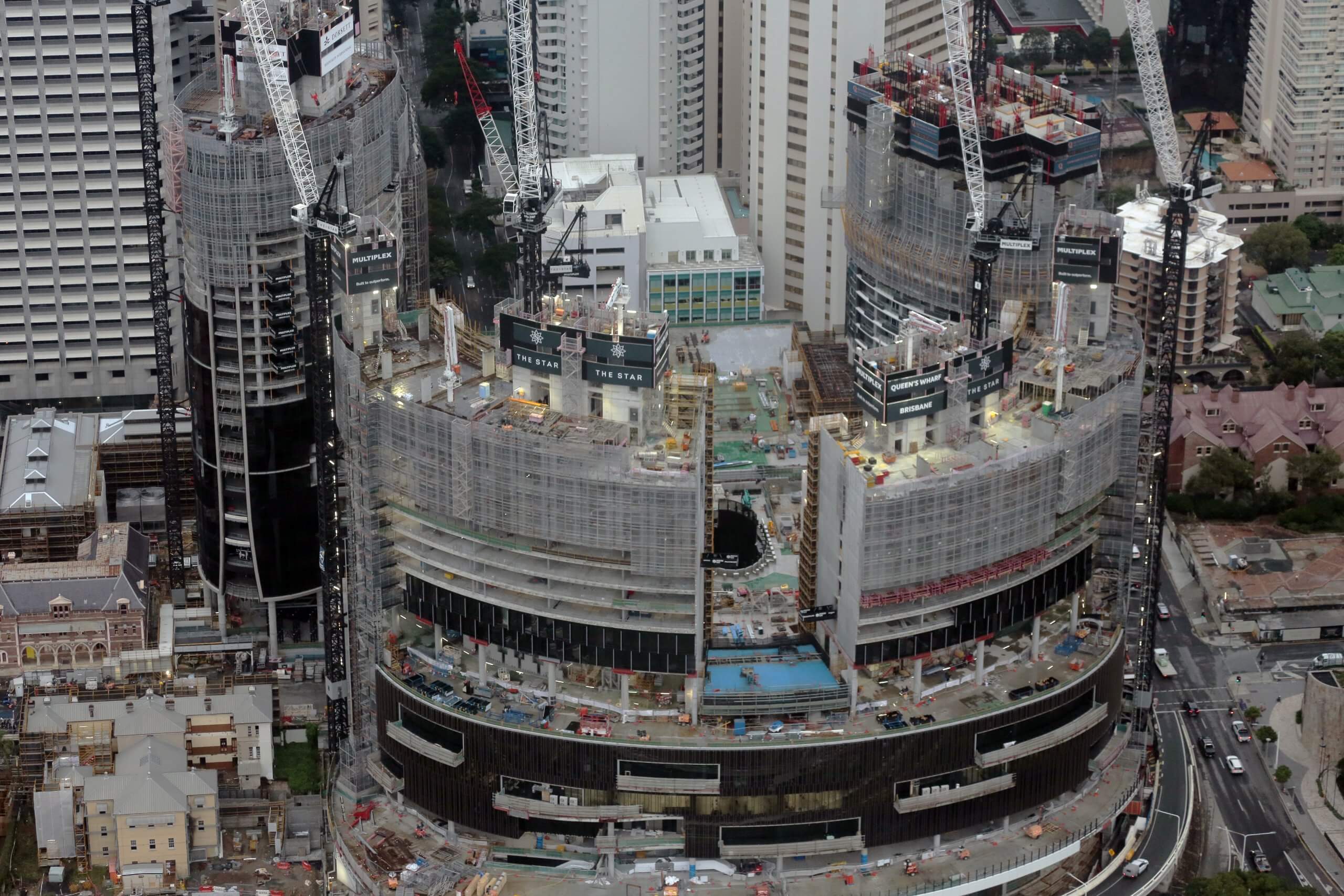 Queen’s Wharf will be the jewel in Brisbane’s crown with a record breaking number of façade panels set to be installed on the Integrated Resort Development.

Behind the glass panels, which can now be seen glistening across the river, will be exciting dining, retail, gaming and entertainment destinations.

Multiplex Senior Project Manager Michael Phillips said given the scale of the project, it’s not surprising there is a record breaking number of façade components going into the build.

“Across the four towers and podium, 16,500 glass panels will be installed to complete the structures, Mr Phillips said.

“There are four packages and three major façade contractors currently on the project with 90 workers on-site dedicated to the glass install on the towers.

“The shapes and sizes of the panels are different on each of buildings, with some panels up to 7.2 metres high.

“Over 450 tonnes of Australian aluminium framing for the façade panels has been installed on the podium – the equivalent to 32,000,000 soft drink cans.

“G James Glass & Aluminium who supplied the framing are Brisbane based and have 300 local workers involved in fabricating the aluminium and painting the façade framing before it even arrives on site.”

The architects designed the precinct with a Queensland aesthetic in mind – subtropical landscaping, timber and stone features all complimenting the nine heritage buildings surrounding the project.

The most transformative development Queensland has seen in decades is full steam ahead with over 1400 workers across 75 trades currently working on the basements, podium, tower structures, and façade.