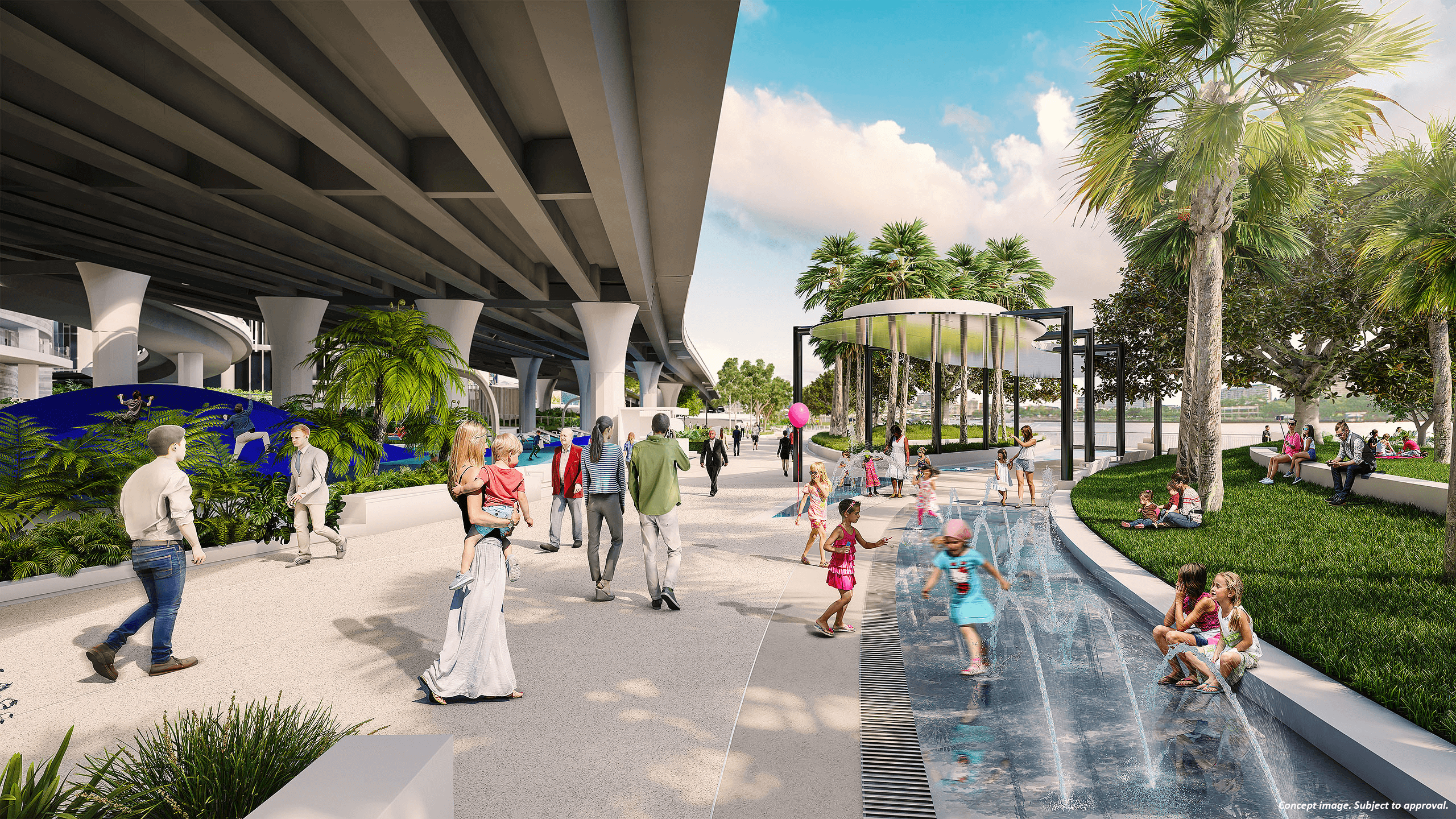 Piling for the 6,500m2 of public space known as ‘The Landing’ that will extend out into the river well beyond the Riverside Expressway, is expected to begin in early July.

The river-based piling for the over river suspended slab will be undertaken from ‘Darwin’, a sizeable 70m x 24m barge with a 600t crawler crane.

To support the piling activity a smaller 22m x 12m Jack-Up barge fitted with a leader frame to accurately install piles will also appear in the South Brisbane Reach of the Brisbane River.

Together these barges will install around 160 piles that will eventually form the structural support for the suspended slab used to create the new and highly anticipated river’s edge public space.

To safely undertake the structural work, temporary fencing will soon be assembled along a 340m section of the Bicentennial Bikeway from behind 1 William St through to the area near the Finger Wharves (at North Quay).

When complete The Landing will stretch out up to 35 metres from the current river’s edge and take an organic curved edge form that incorporates a terraced river’s edge area.

The structural work to support the landing is expected to take around 18 months. However, further work to construct the Neville Bonner Bridge from the Queen’s Wharf Integrated Resort Development across to South Bank will not be complete until 2022, which means The Landing cannot be safely opened until the Bridge is built and resort opened in late 2022.

Destination Brisbane Consortium Project Director Simon Crooks said when complete The Landing will complement the development that is already occurring across the city and will provide added space for community events, festivals and general enjoyment.