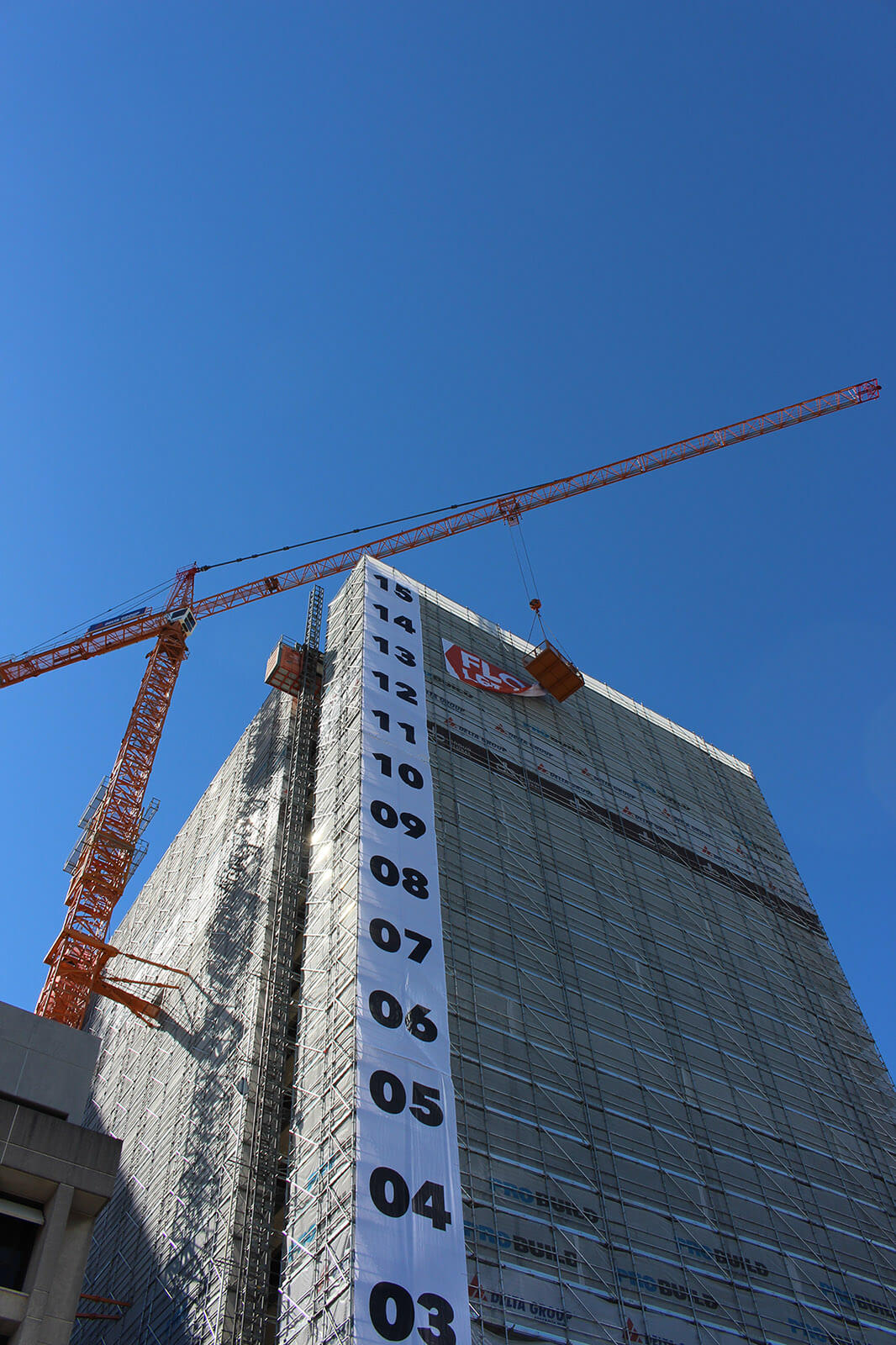 Riverside Expressway motorists and CBD commuters will now be able to clearly follow the demolition progression of the former government Executive Building.

Four banners, each 15 storeys high, have been installed on each side of the building so that the people of Brisbane will be able to track the demolition process.

In 1971, the Executive Building opened its doors as the Queensland Government’s “House of Power”. In 2016, it closed its doors and, in 2017, its walls will come down.

The Executive Building went on to house nine Queensland Premiers and thousands of government workers over its 46-year life.

This is said to be the tallest building ever to be demolished in Queensland, the Brutalist style building will be levelled by the end of the year.

Destination Brisbane Consortium Project Director Simon Crooks said the concrete block style building was a defining architectural style for Brisbane at the time, much like Queen’s Wharf Brisbane will be when the $3 billion development is completed.

“While there will be contrasting elements between our design and the heritage buildings in the precinct, we have been mindful to create a design that will complement what is there now while bringing a new level of sophistication to the city centre.

“It was only in May that we formally submitted our Plan of Development to Economic Development Queensland for assessment and that process is still ongoing but we believe our Plan showcases the iconic architecture we have planned for this site,” Mr Crooks said.

Demolition of the three non-heritage buildings within the Queen’s Wharf Brisbane site is expected to be completed to ground level (excluding basements) by the end of the year. From 2018, subject to planning approvals, it is expected that excavation on the site will begin.