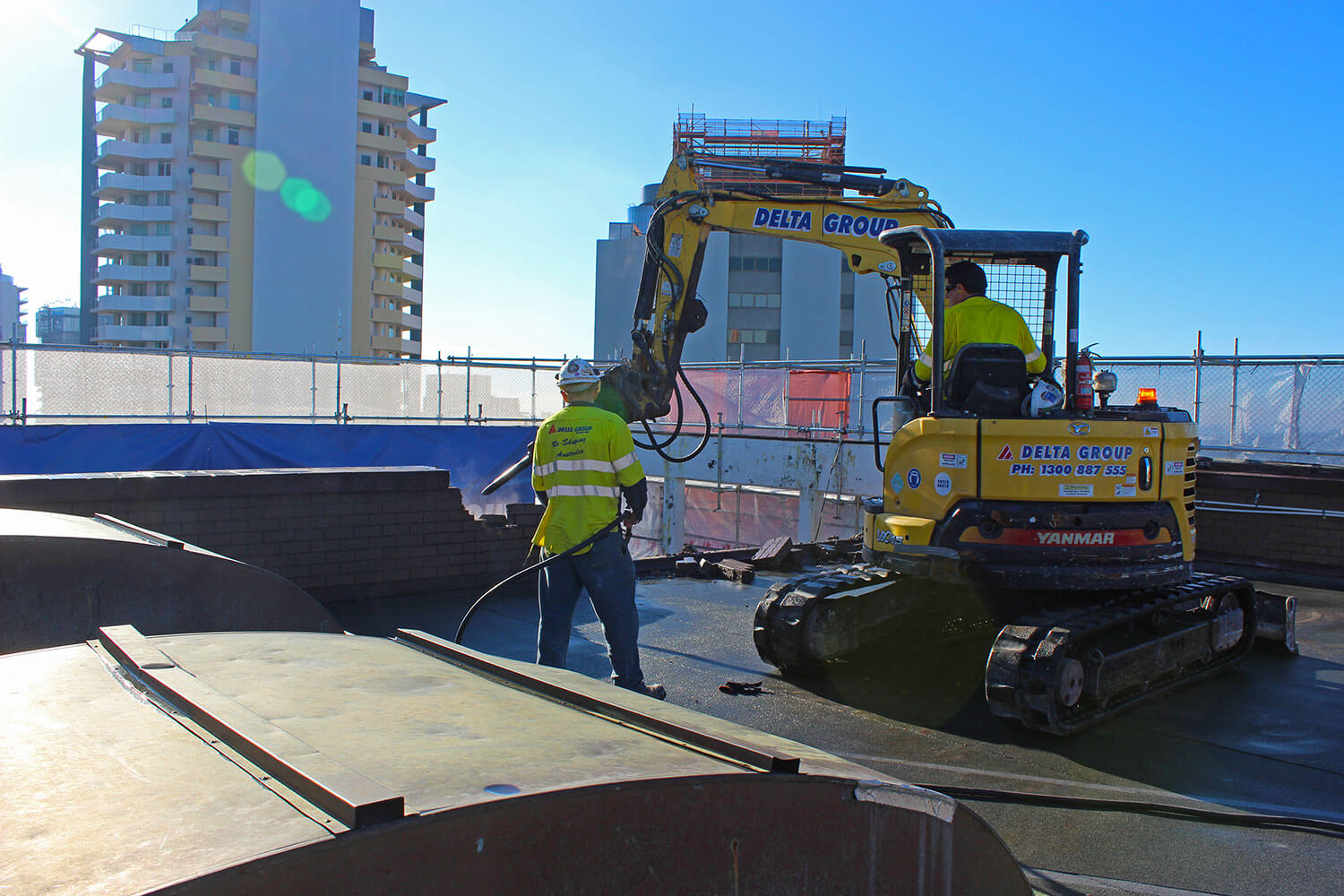 Following months of preparation, hard demolition started today on the former government Executive Building at 100 George St, which will be removed from the Queen’s Wharf Brisbane precinct to make way for the future multi-billion-dollar integrated resort development.

The former Executive Building, the previous office of nine Queensland premiers, is the tallest building to be demolished in Brisbane’s history, standing at 15 storeys and more than 60 metres.

Set to gradually come down from the top, level-by-level, it is one of three non-heritage buildings to be demolished and removed by the end of the year.

The former Neville Bonner building at 75 Williams as well as 80 George St, which spans across Margaret Street are to be demolished to make way for Queensland’s largest development.

“The former Executive Building was previously stripped on the inside and outside, wrapped in scaffolding and vinyl, before a 4.5 tonne excavator was lifted onto the rooftop in preparation for hard demolition,” Mr Crooks said.

“This heavy piece of machinery will dismantle each floor from the top down.

“Rubble will be safely deposited down the lift shafts to ground level, collected by trucks that will then be covered to minimise dust, before being transported off site.

“The safety of workers, the community, and the nearby heritage buildings surrounding the site are a priority, so this demolition will be a methodical, safe, and planned process.

“We are continuing to work closely with government and road and transport operators to communicate any changes to traffic conditions and safely minimise any impacts, particularly during this process.

“By the end of the year, and subject to state government approvals, we expect the site to be ready for excavation works to begin in 2018 for the underground car park.”