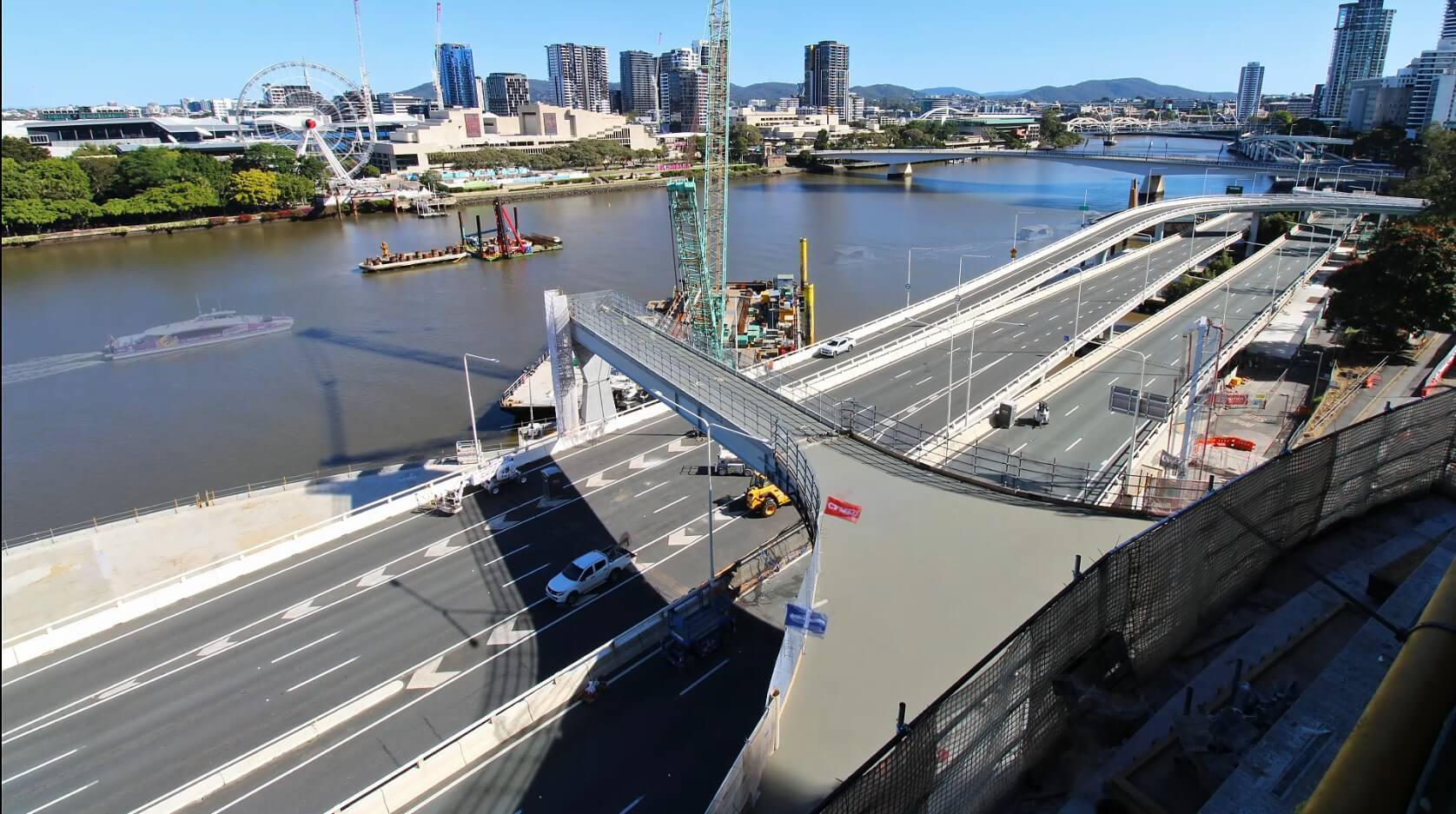 The most visible section of Neville Bonner Bridge that connects from the restaurant and luxury retail level of Queen’s Wharf across to South Bank was successfully lifted into position over the weekend.

The southbound lanes opened first at 11pm last night and the northbound lanes followed, opening at 1am this morning.

Destination Brisbane Consortium Project Director Simon Crooks said the work undertaken by Fitzgerald in the success of this weekend’s events should not be underestimated.

“More than 18 months of planning has gone into this weekend’s work. The lift has taken significant planning and coordination with many authorities.

“These are major critical works that will create a new lasting asset for Brisbane, he said.“We are excited to be making good progress and look forward to opening from late-2022.”

Fitzgerald Project Manager Peter Ward said a lot of preplanning had gone into the lift to make sure it would happen seamlessly and successfully.

“We knew we needed to put the time and effort in at the front end with the construction methodology. The deck section above the Riverside Expressway has been designed differently and is the longest single section of bridge at 40 metres, but that was necessary to span the width of the Expressway,” he said.

Mr Ward thanked motorists for their patience and for following the diversion signs while the Riverside Expressway was temporarily closed this weekend.

Fitzgerald is constructing the 320-metre pedestrian bridge as 13 individual modules that will be lifted into position one at a time.

The first section was lifted in at South Bank on Tuesday last week and the second section has been lifted in over the Riverside Expressway this weekend.

Mr Ward said the bridge construction was structural steel sections with precast elements that were being constructed off-site and would continue to be floated up the Brisbane River and lifted into position.

The deck section Fitzgerald lifted this weekend was 40 metres long and more than 43 tonne in weight.

For timelapse footage of the weekend’s bridge works and interview with Simon Crooks please follow the link https://www.dropbox.com/sh/2753s35rh1r8ljm/AAAEUpadbb7Mq2MIboApulH3a?dl=0